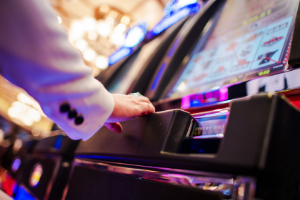 The North Carolina Supreme Court once again upheld the state’s ban on “games of chance” when it ruled last week that Crazie Overstock Promotions, LLC. was operating an unlawful video sweepstakes gambling scheme. In its June 11 opinion in Crazie Overstock v. State of North Carolina, the state’s High Court found that the elements of chance outweighed the elements of skill in determining “whether the player wins or loses and the relative amount of the player’s winnings or losses.” This action upholds a June 2019 ruling by the North Carolina Court of Appeals.

Crazie Overstock’s illegal gambling scheme consisted of customers purchasing gift certificates that were converted into game points. The game points were then used to play two electronic games. The first, a “Rewards Game,” simulated a reel-spinning slot machine that would award “Reward Points” if the customer “won.” The Reward Points could then be used to play a “Dexterity Test,” in which the customer would attempt to stop a simulated stopwatch at a certain point. Based on that result, a number of “Dexterity Points” would be awarded that could be redeemed for a cash payment. While the court determined that the Dexterity Test involved some skill, it found that the Rewards Game was a game of chance, and that chance was the predominant factor in determining whether the customer won or lost money and how much.

The Supreme Court’s ruling in this case represents the latest blow to the video gambling industry, which has consistently sought to circumvent the law since the N.C. General Assembly enacted a statewide ban on video poker in 2006.