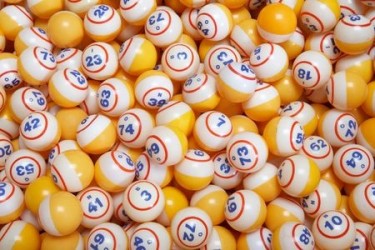 Does the State need more advertising to sell tickets for the North Carolina Lottery, including commercials that feature kids? The executive director of the North Carolina Education Lottery appears to think so. At a meeting yesterday morning before the Joint Legislative Oversight Committee on the NC State Lottery, Alice Garland presented information on a number of issues that some committee members had requested, including lottery advertising.

During her presentation, Garland stated that even a slight increase in advertising money could produce more lottery ticket sales. Garland also complained about the restrictions that lawmakers have placed on the allowable content for lottery ads, especially a restriction against using children to tout the education “benefits” of the lottery. She showed the committee an ad from New York featuring a group of beautiful children singing “Thank You for Being a Friend” to people purchasing lottery tickets. While Garland called the New York ad “very positive,” Rep. Nelson Dollar (R-Wake) strongly disagreed, describing the use of children to promote the lottery as “highly disturbing” and “dangerous.”

Garland also took issue with the amount of information the General Assembly requires each lottery ad to include. Garland said the length of information at the end requires that they purchase 60-second radio ads instead of the less expensive 30-second ads.

In addition to lottery advertising, Garland discussed the economic “benefits” to the State of expanding the Lottery to include Keno, iLottery (or online lottery tickets), and video lottery terminals, or VLTs (i.e., highly addictive electronic gambling machines). She described iLottery, which would allow people to purchase tickets and play lottery games online, as “the norm,” and a good way to reach younger generations, who view lottery scratch off tickets as “their grandparents’ game.”

Rep. Paul (Skip) Stam (R-Wake) took exception to Garland’s presentation, noting that, “all of the options presented to you today amount to tax increases.” He also argued that current lottery advertising is already breaking the law because it is “highly misleading or deceptive,” with the only purpose “to get more people to play,” and “induce” gambling. Rep. Stam said Powerball is “the biggest fraud we have,” and added, “the idea that you can increase lottery advertising and really do something for education is a mirage.”

NC Family President John L. Rustin also found much of the Lottery Commission’s proposals to be problematic. “The last thing North Carolinians need is to be subjected to more misleading and aggressive sales pitches from the State Lottery to entice them to gamble away their hard-earned cash,” he said. “The reason the General Assembly placed these common sense limitations on lottery advertising, including prohibiting the use of children in ads and requiring factual information about odds, is to protect the state’s most vulnerable citizens who statistics show are most likely to play the Lottery, from being further duped into a losing game.”