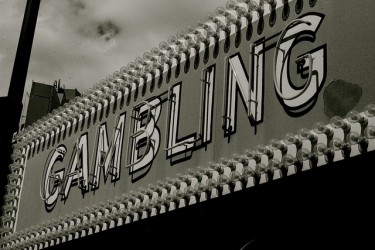 NC Family has sent letters to North Carolina’s congressional delegation urging our federal lawmakers to stand against the potential expansion of tribal gambling in the Tar Heel State by the Lumbee Tribe of North Carolina. “I want to be very clear that the North Carolina Family Policy Council does not oppose full federal recognition for the Lumbee Tribe and the myriad of benefits that would include,” NC Family president John L. Rustin stated in the letter. “We do, however, strongly oppose the potential that full federal recognition would have in extending to the Tribe the right to pursue gambling operations in North Carolina.”

NC Family’s letter was directed to Sen. Richard Burr, Sen. Thom Tillis, and Congressman Dan Bishop (NC District 9), because they represent the portions of Eastern North Carolina where the Lumbee Tribe is based. In the letter, Rustin specifically asked these lawmakers to include a provision explicitly prohibiting the tribe from pursuing or conducting gambling operations in the state in any legislation that would grant the tribe full federal recognition.

If you would like to join NC Family in urging Senator Burr, Senator Tillis, and Congressman Bishop to include a provision in the Lumbee Recognition Act that would prohibit the Lumbee Tribe from opening one or more gambling casinos in Eastern North Carolina, you can reach their Washington, D.C. offices at the following numbers:

“This request is not without extensive precedent,” Rustin’s letter pointed out. “Legislation to grant full federal recognition to the Lumbee Tribe has been introduced in the U.S. Congress for many years.” An amendment was adopted to the 2007 version of the Lumbee Recognition Act that would have fulfilled the aforementioned request by expressly prohibiting the Lumbee Tribe from pursuing gambling operations in North Carolina, should it become law.

“This same provision was then incorporated as boilerplate language in every subsequent version of the Lumbee Recognition Act introduced in both the U.S. House and U.S. Senate between 2009 and January 2015,” Rustin’s letter continued. Most recently in 2017, a House bill included this provision, and it was NC Family’s understand that Tribal Chairman of the Lumbee Tribe of North Carolina, Harvey Godwin, Jr., consented to the inclusion of this language in the bill.

For years, bills have been filed in the U.S. Congress to grant full federal recognition to the Lumbee Tribe, but without success. Full recognition would make the tribe eligible to receive hundreds of millions in federal dollars for education, health care, housing, economic development, disaster relief, and other support. In addition, this status also carries with it an inherent right to seek a gambling compact with the state to allow the federally-recognized tribe to conduct Class III gambling (video poker, live table games, sports betting, off-track wagering, etc.) on tribal lands.

“So, why does this matter?” Rustin’s letter asks. “For more than two decades, the North Carolina Family Policy Council has researched the issue of gambling and its impact on the citizens of our state and nation. The addiction that results from the presence of gambling damages individual lives, destroys families, and plagues communities. Research consistently shows a very high correlation between gambling addiction and increases in crime, personal debt, bankruptcy, embezzlement, other forms of theft, domestic violence, child abuse, divorce, and even suicide.”

Unfortunately, the Lumbee Recognition Act does not represent the only potential expansion of casino gambling in North Carolina. Currently, the South Carolina-based Catawba Indian Nation is seeking to build a massive gambling casino complex along Interstate-85 in Kings Mountain, N.C. 35 miles west of Charlotte. The Eastern Band of Cherokee Indians, which operates two tribal casinos in the far western reaches of North Carolina, has sued in federal court in an effort to stop the Catawba Casino project.

Additionally, voters across the state line in Danville, Virginia approved a local casino referendum this past November authorizing Caesars Entertainment to build a $400 million gambling complex just north of the Triad region. According to news reports, construction of that casino is expected to begin this fall, and the casino is expected to open in 2023.