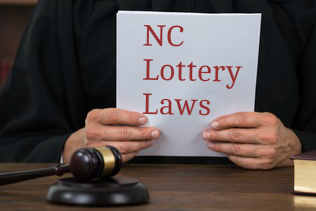 In a startling new attempt to plow down all legal roadblocks to gambling in North Carolina, a lawsuit has been filed against state officials asking the court to either declare the state lottery an unlawful monopoly or to legalize other forms of gambling that are currently illegal. The lawsuit, filed in Alamance County Superior Court on December 29, 2016 by a number of individuals and gambling interests, charges that the State of North Carolina is engaged in a “wrongful use of the State’s policy power to create and enforce an unlawful State-owned gaming monopoly.”

NC Family President John L. Rustin responded to the complaint saying, “This lawsuit simply represents the latest attempt by a desperate and illegal gambling industry to force itself on the citizens of North Carolina. The courts should summarily reject these baseless and ridiculous claims and uphold the state’s gambling statutes.”

The lawsuit, entitled Thompson vs. State of North Carolina, states: “Through the operation of the North Carolina Education Lottery, the Defendants have fully committed to operating a gaming business within the State for purposes of raising revenue—the very type of business that the State once claimed was evil and corrupted society.”

One of the plaintiffs in the case represents video sweepstakes interests that contend North Carolina’s laws prohibiting “electronic sweepstakes and rewards promotions” are denying their right to lawfully operate their businesses in North Carolina. The lawsuit seeks to declare this kind of activity to be legal and to restrain the State from interfering with it. They also seek to have the court determine that “the State’s adoption of a lottery and enforcement of its gaming monopoly through it’s police powers has rendered all of its anti-gaming and gambling laws ineffective, and to impose an injunction restraining the state from enforcing any of those laws under any circumstances.”

NC Family will continue to follow this case. To ensure you will receive updates: