It Doesn’t Take A Village 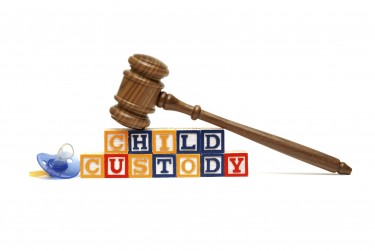 Imagine this scenario: You and your husband are married and have a child named Jane. Five years into the marriage, your husband leaves and moves in with Nancy, his new girlfriend. He files for divorce and gains joint custody of Jane. Your husband and Nancy live together for three years, but never marry. Nancy assumes a number of parental responsibilities, including providing childcare for Jane. Your now ex-husband and Nancy split up, but Nancy misses Jane. She goes to court and gets joint custody over the objections of both you and your ex-husband.

This scenario highlights the illogical and inevitable consequences that are already arising from the introduction of a new legal attempt to water-down parental rights. Called the De Facto Parenting Doctrine, a growing number of states, through judicial or legislative action, are allowing third parties to obtain joint custody or visitation rights of children over the objection of fit natural parents.

Americans may brush this off as another issue that does not affect them—but it does. This move by government affects all parents. This power-grab by the State treats children as property to be parceled off to claimants. It defines parenthood not by biology, marriage, or adoption, but by “relationships,” and pits natural parents’ rights against third parties. It gives the government the right to decide who is a parent and who is entitled to custody of children.

Simply stated, government control over custody of children will destroy the family, unravel the institution of marriage, hurt children, and lead to the destruction of freedom for all Americans.

Initiated by a 1995 Wisconsin Supreme Court case, the de facto parenting doctrine is a legal creation that has been used to grant some or all parental rights to an adult biologically and legally unrelated to the child. According to this ruling, the right to custody or visitation is based on “relationships,” rather than marriage, biology, or adoption.

Most courts and legislatures in states that have adopted this doctrine have required that the relationship between the “de facto parent” must be with the consent and encouragement of one legal parent. Furthermore, they have required that the “de facto parent” must assume a “share of caretaking functions at least as great as the legal parent.” Since the late 1990s, according to one source, at least 10 states, including North Carolina, have adopted the de facto parenting doctrine by legislative or judicial action. A few states, including Michigan, New York, Vermont, and Utah, have rejected it. Some state laws do not limit the number of “parents” who can seek custody. Only one legal parent needs to consent to the de facto parent’s involvement with the child. William Duncan, a strong opponent of de facto parenting, has warned, “A father might be surprised to find himself splitting time with his child not only with an ex-wife but with one or more of her subsequent boyfriends.”

In North Carolina, the courts instituted the doctrine in 2008. A lesbian couple, Irene Dwinnell and Joelle Mason, decided to have a child. Irene Dwinnell was inseminated with the sperm of an anonymous donor whose physical traits resembled her partner, Joelle Mason. When the child was born, with the encouragement of Dwinnell, Mason actively participated in rearing the child. After a few years, the couple broke up. Initially harmonious, the relationship between the two became bitter and Dwinnell restricted Mason’s access to the child. Mason sued for custody, which the court eventually granted based on Mason’s relationship with child, saying “we still have the circumstances of Dwinnell’s intentionally creating a family unit composed of herself, her child and, to use the Supreme Court’s words, a ‘de facto parent.’” In a 2010 case, the N.C. Supreme Court, agreeing with the Court of Appeals’ rationale in the Mason case, granted joint custody to a non-parent ex-partner of a same-sex relationship.

The institution of marriage can be destroyed in two ways—by including other dissimilar relationships within its definition and thereby redefining it, or by bestowing marriage rights on other institutions making marriage legally insignificant.

Creating other marriage-like institutions, including domestic partnerships and civil unions, which bestow the same rights as marriage, undercuts the legal benefits of the marital relationship. The de facto parenting doctrine advances this line of attack. Just as domestic partnerships and civil unions create marriage-like rights to property and benefits, the de facto parenting doctrine creates “divorce” rights regarding custody. Disaggregating property and custody rights from the marital relationship leaves many in society wondering, “Why bother with marriage?”

Furthermore, by hinging the parent-child legal relationship on “relationship,” rather than biology, marriage, or adoption, the de facto parenting doctrine undercuts the legal value of marriage. Law professor and same-sex “marriage” advocate Nancy Polikoff has been a strong, vocal advocate for the de facto parenting doctrine, where she has stated that such status is “necessary to adapt to the complexities of modern families.”

Not “In the Best Interest” of Children

Parental rights are based on the belief that biological parents will act in the best interest of their children, taking on the obligation to feed, clothe, shelter, and nurture their children, and put their children’s interests before their own. Furthermore, the research is clear that the healthiest and safest environment for children is within the custody of two natural parents.

De Facto parenting laws ignore these facts, take decision-making away from parents, ignore the needs of children, and dictate the rights of a “de facto parent” based simply on a type of “time-in/ time-out” relationship with the child, or hand custody decisions to the court (the State) based on the undefined “best interest of the child.”

A case in Massachusetts in 2005 illustrates how granting de facto parenting rights based simply on a “significant relationship” standard threatens the wellbeing of children. Haleigh Poutre, age 11, was rushed to the hospital suffering from a severe brain injury. Quoting doctors, a news article stated that Haleigh’s brain stem had been “partly sheared.” While in a coma from the injury, her adoptive mother died. The mother’s live-in boyfriend had lived with the mother, Haleigh, and another child for five years. The boyfriend assumed many of the responsibilities of parenting Haleigh, including providing child care, paying for and driving her to after-school activities, and spending time with her at home. Unfortunately, this “significant relationship” also included beating Haleigh, sometimes with a tube, throwing her down the stairs, and burning her with cigarettes. An investigation following Haleigh’s admittance to the hospital led to the boyfriend’s prosecution, conviction, and imprisonment for child abuse. Had Haleigh not been admitted to the hospital when her mother had died, under Massachusetts law, the boyfriend would have assumed custody of Haleigh under the de facto parenting doctrine.

Other state legislatures have attempted to give judges some discretion in granting de facto parenting status if it is in “the best interest of the child.” That phrase, however, is deceiving because many times when it is applied, the result is the furthest thing from it. Critics have argued that for some judges, the undefined “best interest of the child”standard used in custody decisions is an invitation to promote their own agendas or “hide fuzzy thinking, uninformed opinions, laziness, frustration and even out-and-out prejudice.” Furthermore, regardless of their agenda, judges are simply not equipped with the sensibilities or wisdom of natural parents to determine what is best for a child.

De Facto parenting diminishes the connection between parenthood and obligations. Courts and legislatures, according to one detractor, freely award custody, but are hesitant to impose on that “de facto parent” any child support obligations. Just as critics are concerned that marriage-like institutions redefine marriage, parent-like arrangements can weaken the obligations of parents, to the detriment of children.

Perhaps, unnoticed by the general public, the growing popularity of the de facto parenting doctrine has caused alarm among individuals who cherish a free society.

Historically, a “parent” has been defined as a mother and a father related to the child by biology, marriage, or adoption. Under common law, a woman who gave birth to a child was considered his mother. If the couple was married at the time of the child’s birth, the husband was presumed to be the child’s father. In essence, gestation linked children to their mothers, and marriage joined children to their fathers. Government played no hand in deciding who was a parent, except for legal adoption, which did not exist until the mid-1800s.

Together a man and a woman joined in marriage form the basic unit of society, the family. In a free nation, the wall between the family and the government protects that family’s freedom. Marriage forms the bricks of that wall. Parental rights, considered fundamental by the founding fathers, provide the mortar.

Rooted in common law, parental rights include the right to educate and care for a child, the right to establish a child’s residence, and the right to direct a child’s moral and spiritual upbringing, education, and medical treatment. Traditionally, the courts have protected these rights. Government became involved only when parents breached their nurturing duties to their child or voluntarily terminated their parental rights.

The de facto parenting doctrine gives to the state the authority to decide who is a parent, and robs from fit parents the most important right of parenthood— the right to custody—leaving natural fit parents to beg the government (the court) for time with their own children. Furthermore, once the right of custody is taken away from parents, the wall protecting freedom will fall, and the state, not the parents who raised them, will decide what is in the “best interest” of children.

At his first gubernatorial inaugural address in 1967, Ronald Reagan cautioned the citizens of California:

Freedom is a fragile thing and is never more than one generation away from extinction. It is not ours by inheritance; it must be fought for and defended constantly by each generation, for it comes only once to a people. Those who have known freedom, and then lost it, have never known it again.

A free nation cannot survive without a strong family unit. The family instills the values necessary for a moral citizenry and a compassionate nation. Marriage and parental rights form the wall protecting the family from the meddling hand of government. Parental rights include many things, but these rights mean absolutely nothing if a parent does not have the fundamental right to custody of his or her own child. Implementing the de facto parenting doctrine robs from parents the right to care for their own children and destroys the wall protecting freedom.

Legislators can stop this assault on parental rights by writing into the law a provision that only allows a non-parent to obtain joint custody of a child over the objection of the legal parent upon a finding by the court that the legal parent is unfit or has neglected the child in violation of state law. Shared custody with another adult should not constitute behavior that can deny a parent the fundamental right to custody. Furthermore, joint custody should be awarded to a maximum of two adults.

Those who cherish freedom need to stand up and demand from legislators, in North Carolina and elsewhere, that they legislatively repeal the courtcreated de facto parenting doctrine, and return to fit parents the fundamental right to custody of their own children.

Mary Summa, J.D., is an attorney in Charlotte, North Carolina, who served as Chief Legislative Assistant to U.S. Senator Jesse Helms during the 1980s.