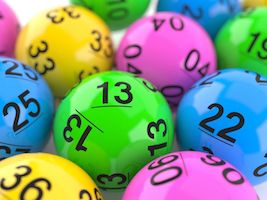 Yesterday, June 10, the North Carolina House rolled out its version of the state budget for 2014-2015, and it includes a shocking provision that would double the amount of money the state lottery could spend on advertising. Based on predictions by the state lottery commission, the advertising boost (from 1 percent to 2 percent of total annual revenues) would generate over $100 million in additional lottery ticket sales next year, a portion of which the House would use to increase teacher pay.

“The lottery preys on the poor and increases a myriad of social and economic problems tied to gambling addiction and poverty,” responded John L. Rustin, president of the North Carolina Family Policy Council. “These problems will be further exacerbated by doubling the advertising budget of the state lottery, and even more of our state’s citizens will be victimized by state-sponsored gambling. The ends simply do not justify the means!”

The North Carolina Family Policy Council is calling on concerned citizens from across the state to contact their members of the North Carolina House to ask them to remove this provision from the budget bill, Senate Bill 744-Appropriations Act of 2014.

In the interest of full disclosure, the House budget proposal does include provisions from the “Honest Lottery Act” that would require more accurate disclosure in lottery advertising with respect to prize payouts and the odds of winning. In addition, it would specify that “no advertising or sponsorship may take place in connection with any high school or collegiate…sporting event.” These provisions, while good, are completely overshadowed by the harm that would be done by doubling the advertising budget of the state lottery.