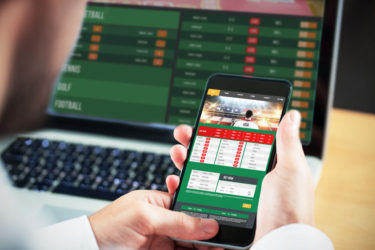 The U.S. Supreme Court issued an opinion on Monday that strikes down a federal law banning sports betting in the U.S. and opens the door for states to legalize wagering on sporting events. The law, known as The Professional and Amateur Sports Protection Act(PASPA), was enacted by Congress in 1992 and has prohibited most states from legalizing sports betting, except for Nevada and three others that already had sports gambling when the bill was enacted.

“While we respect the U.S. Supreme Court’s decision to uphold the principles of federalism and states’ rights, we also acknowledge that this decision will initiate a massive effort by the gambling industry to legalize wagering on sporting events across the United States,” said NC Family President John L. Rustin. “Decades of research clearly shows the economic and social harms that result in the expansion of gambling, and the striking of PASPA could have a devastating effect on individuals, families and communities across our state and nation. We urge the North Carolina General Assembly and other state legislatures to reject efforts to legalize sports gambling in order to protect society’s most vulnerable individuals and communities.

Last October, NC Family joined Stop Predatory Gambling, 17 other Family Policy Councils, and a number of other organizations in submitting a friend-of-the-court brief to the Supreme Court explaining why PASPA is valid, how state-sanctioned sports gambling is a failed policy, why federal intervention to stave off a massive expansion of sports betting and state-sponsored gambling is necessary, and the myriad of economic and social harms that would inevitably result from the repeal of this federal law.

In Murphy v. NCAA, the State of New Jersey challenged the constitutionality of PASPA primarily on the basis of the 10thAmendment, which says, “The powers not delegated to the United States by the Constitution, nor prohibited by it to the States, are reserved to the States respectively, or to the people.” Attorneys for the plaintiffs argued that the “anticommandeering doctrine” established from the 10thAmendment prohibits Congress from passing legislation that dictates the actions a state legislature must or must not take.

In the majority opinion, written by Justice Samuel Alito, the High Court stated, “We [the Supreme Court] have always understood that even where Congress has the authority under the Constitution to pass laws requiring or prohibiting certain acts, it lacks the power directly to compel the States to require or prohibit those acts.”

In its conclusion, the majority recognized, “The legalization of sports gambling is a controversial subject. Supporters argue that legalization will produce revenue for the States and critically weaken illegal sports betting operations, which are often run by organized crime. Opponents contend that legalizing sports gambling will hook the young on gambling, encourage people of modest means to squander their savings and earnings, and corrupt professional and college sports. The legalization of sports gambling requires an important policy choice, but the choice is not ours to make. Congress can regulate sports gambling directly, but if it elects not to do so, each State is free to act on its own. Our job is to interpret the law Congress has enacted and decide whether it is consistent with the Constitution. PASPA is not….”

In a dissenting opinion, Justice Ruth Bader Ginsburg argued that the Court could have ruled that one part of PASPA was unconstitutional while preserving another portion of the law that makes it unlawful for “a person [defined as an individual, company, corporation, etc.] to sponsor, operate, advertise, or promote, pursuant to the law or compact of a governmental entity, a lottery, sweepstakes, or other betting, gambling, or wagering scheme based, directly or indirectly…, on one or more competitive games in which amateur or professional athletes participate.…”

Justice Ginsburg stated, “Deleting the alleged ‘commandeering’ directions would free the statute to accomplish just what Congress legitimately sought to achieve: stopping sports gambling regimes while making it clear that the stoppage is attributable to federal, not state, action. I therefore dissent from the Court’s determination to destroy PASPA rather than salvage the statute.”