Happily Ever After: Three couples share their secrets to a happy marriage 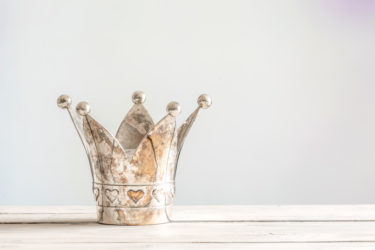 We’ve all heard that marriage is hard work. But what does that mean exactly? Shouldn’t it also be fun and romantic and adventurous and deeply satisfying? We sent a long list of probing questions to three couples whose friends attest to their strong relationship with each other and with God. Their answers to basic questions about what leads to a happy and long marriage may surprise you. They are not necessarily the stuff of fairy tales but through it all, these couples are living proof that there really can be a “happily ever after.”

Q: How important is it to be friends with your spouse?

MARTHA–DUKE: We were very romantic and in love when we got married; we weren’t the best of friends, and our friendship has grown.

HERB: I think it is important to learn to not just do your own thing, but learn to participate to some significant degree with something the other person likes. Martha–Duke loves birds; in my natural flesh, I couldn’t care less about birds, but I have found in the last three, four, five years, it’s fun to just sit and watch birds at our birdfeeder. It’s something fun to do together. And then on the flip side of that, Martha–Duke did not grow up around boats. I love boats. And although she didn’t fall in love with water skiing, my sweet wife learned how to drive a boat, and to this day, she’s the person I prefer taking me skiing.

Q: What is your philosophy about how to spend money in your house? Do you agree on this?

MARTHA–DUKE: We were not the same on money at all. We were not even closely on the same page. But one thing that partners begin to understand is what each other’s strengths are, and the financial world is definitely one of Herb’s strengths.

HERB: I can be a black and white, cut and dried kind of person and so […] you’ve got to allow some freedom and some things that don’t necessarily make sense to me, but are important to her; you’ve got to make room for that. And so, that’s one of the lessons that we learned.

Q: What are some specific ways you’ve found to make finances less of an issue in your marriage?

HERB: We learned this our very first year of marriage and it greatly reduced our conflict: We learned to live by the envelope system for grocery money and spending money and eating out money. We figured out our budget and how much money went in each envelope, so when the envelope’s empty, you stop doing it. Thirty-two years later and my friends all laugh about it. We give ourselves the same allowance. It’s in an envelope, and you can spend it on whatever the heck you want to, but when it’s gone, it’s gone. And that has eliminated just tons and tons of disagreements.

MARTHA–DUKE: One financial principle: You have to agree on the amount ($50, $100 or $200), but when it comes to using your “together money” like on a credit card, set a limit so that you never blindside your partner with a big charge that they didn’t know about. For instance, anything over $50, get in touch with each other, and say, “I would like to spend $50 for such and such. Is that OK with you?”

HERB: And I’ve seen, in talking to other couples where they don’t have that little parameter set, they end up getting blindsided, which ends up in arguments. And money’s certainly one of the things people argue about the most.

HERB: One of the other principles that we have lived by—or when we didn’t, we got in trouble—is that after 10:00 at night, do not discuss anything controversial, heavy, serious, because arguments happen when you get tired. You are going to say things you regret.

Q: What is the character trait that you most respect about your spouse?

KARA: I think the character trait that I most appreciate about Rhett is his heart for serving, not coming home from work and kicking up his legs and watching TV or the news. He is right there. He’s 100 percent parent when he’s home and never assumes anything different. We are a team. [Kara says Rhett’s 100 percent parenting style is even more of a blessing since they decided to adopt three children (all siblings) in 2015. Kara also left her job as a professional counselor to be a full-time mom.] And of course, aside from his godliness is his sense of humor. We’d just spend a lot of time laughing. We just have a good time.

RHETT: I’d say initially her beauty, like she’s really pretty, but then once I got to know her, it was her kindness toward others. I would notice that Kara, even though she was the student body president, would hang out with people that couldn’t bolster her, or kind of like what Jesus was saying when he said don’t only invite people to your party who can invite you back.

Q: What’s a mistake you made or almost made in your marriage that taught you a valuable lesson?

RHETT: My family was really enmeshed, so they weren’t into the whole “Leave your father and mother and cleave to your wife” concept. My priority, they thought, should be them versus my new wife. So, that was a confusing time for me, and thankfully, Kara’s work paid for 10 sessions of counseling, so we took advantage of it and went to a Christian there in Columbia.

KARA: And we would highly recommend [counseling]. I mean, we constantly recommend to engaged couples to get good premarital counseling.

RHETT: You don’t want any surprises after you’re married. You want that stuff to come out early, so you’re on the same page.

KARA: Don’t major in the minors, which is constantly something I have to learn about, especially with children.

RHETT: Ask yourself: How important is this? Don’t make a big deal out of something that’s not really a big deal, because it’s easy to blow something out of proportion.

Q: If you could write a note regarding marriage and send it to your younger self, what would it say?

KARA: Love is a choice. It can be an emotion, but as the Bible says, the heart is deceitful, and often our emotions are fickle […] and I think I thought that’s what love was when I was younger, that it had to be a feeling. I think choosing to love is a richer and more meaningful love. I just think it’s an action. It’s a choice.

RHETT: The definition of love I go back to is, to will the good of another. And that love is other-centered, whereas lust is me-centered, and God wants us to love other people. He never commands us to like people, which is more emotional, it’s hard to control, but He does command us to choose the good of another.

Q: Any books you think are important for young couples to read?

KARA: Five Love Languages (by Dr. Gary Chapman). I think it’s pretty valuable because your natural tendency is to give love the way you receive it. Rhett’s love language is “words of encouragement.” That’s one of his that was not something I was taught necessarily, so I had to learn how to do that early in our marriage. And I think it’s important to meet that person where they feel loved, rather than just focusing on the way you receive love and giving it that way.

RHETT: Another book I’d recommend is, His Needs, Her Needs (by Willard Harley, Jr.). We’ve found that to be a valuable identifier of needs and the way relationships work. Because you want your spouse’s needs to be met by you. If they’re not met by you, they’ll be met by somebody else, and then that busts up the marriage.

Q: What first attracted you to your spouse?

ANN: [Seven years into marriage and after both of us had committed our lives to Christ] I admitted to Bob that I had married him not because I loved him but because I thought he might well be the last person who would ask me.

BOB: And I had to confess to Ann that my own logic wasn’t far from this. Our marriage was an amicable relationship but it wasn’t any fun. Most of the marriages I had seen were “arrangements” where the partners put up with the other’s faults more or less gracefully and made the best of things. I felt that way about ours, but at the time, I believe I was honestly being as good a marriage partner as I knew how to be. I just didn’t understand what love was all about. Life together had developed into a sad sort of game where I tried to stay busy to avoid any kind of deep discussion with Ann.

Q: What was the pivotal point in your marriage?

BOB: I got my priorities straightened out and realized that my wife was God’s ideal mate for me. What a revelation! My role was to be a supporter and an admirer of Ann. For me that was the turning point from which we had more enjoyment together—often, good old belly-laughing fun. It’s wonderful!

BOB: Looking back, we were both clueless when we got married. Two things kept us together. In our families, there was no such thing as divorce. So whatever happens we’ll have to work it out somehow. We learned a lot from the sticky times, finally recognizing that we actually liked each other. The other was that we were both interested in making friends and learning new things. In our first year, we had bit parts in a couple of on-stage musicals, and we took a night school course in woodworking. We were building our own history, instead of relying on, “Well, the way we did it in MY family was…”

ANN: Finding something we could enjoy doing together was especially important. We have always been involved with other people wherever we’ve lived. Before coming to the Lord, it was playing bridge or going to the park. Then we found fellowship in couples’ small groups, which we have done in all of the places we have lived. We both enjoy snorkeling, so many of our vacations together have been near beautiful coral reefs.