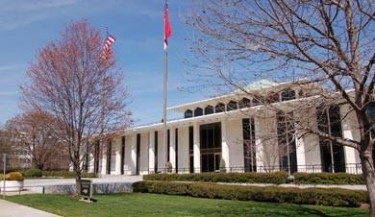 Just in time to celebrate Independence Day, the North Carolina General Assembly concluded an historic legislative session, directed by a Republican majority in both chambers for the first time in 140 years. At 3:04 P.M. on July 3, 2012, the General Assembly adjourned its seven-week “Short Session” portion of the two-year legislative session “sine die.” House members took up about 10 final bills before adjourning, while the Senate finished its official business in the wee morning hours.

This Short Session was primarily concerned with adjusting the State’s budget and with overturning several of Governor Beverly Perdue’s vetoes. Over the course of the 2011-2012 session, Governor Perdue vetoed a record 19 bills. The Legislature mustered five veto overrides during the 2012 session, bringing the total number of overrides to 11.

Most notably, the General Assembly overrode Governor Perdue’s second budget veto in as many years, by garnering a supermajority of votes to approve H950—Modify 2011 Appropriations Act. The top priority of the Short Session is to amend the State’s two-year budget that is passed during odd-numbered-year Long Session. The $20.2 billion plan in H950 includes pay raises for teachers and state employees, a cap on the state’s gasoline tax, additional Medicaid funding, funds for substantial education reforms, higher education scholarships and financial aid, and a requirement that government funding for family planning services and pregnancy prevention activities may only be directed to local health departments, which eliminates such funding for groups like Planned Parenthood. Missing from the budget are funds for compensation of victims of the State’s former forced sterilization program, a corporate tax credit for donations to certified education scholarship organizations that help low-income students attend nonpublic schools, and funding for the North Carolina Teaching Fellows Program.

Legislators also overrode the Governor’s veto of S416—Amend Death Penalty Procedures, which significantly limits the Racial Justice Act that was passed in 2009 and allows judges to reconsider death penalty sentences given for cases in which it is found that “race was the basis of the decision to seek or impose the death penalty.” S416 limits inmates claiming racial bias in their case to only citing statistics from the area where they received their sentence, rather than across the state, and for “the period from 10 years prior to the commission of the offense to the date that is two years after the imposition of the death sentence.”

Fracking became a contentious issue during this Session as legislators took the first steps toward opening the state to hydraulic fracking with a veto override of S820—Clean Energy and Economic Security Act. Approved mere hours before the Leiglsature adjourned for the year, S820 sets up a Mining and Energy Commission to study and set up regulations governing mining of natural gas using hydraulic fracturing, also known as fracking.

Finally, the Legislature approved overrides of two education-oriented bills. H7—Community Colleges/ Opt Out of Federal Loan Program allows the board of trustees of any of North Carolina’s community colleges to opt out of the William D. Ford Federal Direct Loan Program. S727—No Dues Checkoff for School Employees “eliminates the dues checkoff option for active and retired public school employees” that directly deducts North Carolina Association of Educators membership dues from their paychecks.

The General Assembly did not shy away from controversy this year as it also took up bills related to annexation reform, comprehensive reform of the public school system, and expanded gambling.

On a positive note, legislators overwhelmingly supported increasing the legal penalties for the sale, surrender, or purchase of a minor.

The General Assembly will convene the 2013- 2014 session at noon on Wednesday, January 30. On that day, the 170 citizens who were elected on November 6 will begin a new two-year session governing North Carolina, along with a newly elected governor in the wake of Governor Perdue’s decision to forego seeking a second term. Before officially kicking off the new session, the General Assembly will convene for a daylong organizational session on the second Wednesday in January.

This article represents a select portion of the numerous proposals considered by the General Assembly this session and cannot, in this limited space, fully provide a complete account of the legislative session.

For further information about a specific bill—or to see how your legislators voted on a particular measure this session—you can find a full record of bills filed and votes tallied at the General Assembly’s website, www.ncleg.net.

For further information about any of these bills, or to view “Votes” papers from previous legislative sessions, please visit ncfamily.org.