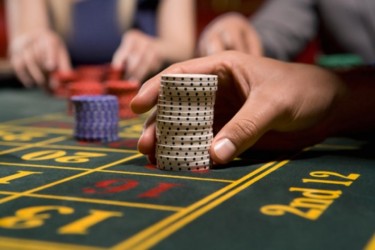 In 2005, then Lieutenant Governor, Beverly Perdue, cast the deciding vote in the Senate that allowed the State to enter the lottery business. This was the capstone of a 23-year effort by the gambling industry to obtain a lottery in our state. After the lottery began operation, the General Assembly banned video poker and later banned so-called “sweepstakes” gambling. Two lawsuits are pending on the legality of the “sweepstakes” ban, but most of the ban has already been upheld. The Cherokee Tribe in western North Carolina was allowed to continue the operation of their video poker casino because the tribe was protected by a compact that was already approved.

On November 28, 2011, Governor Perdue headed in the opposite direction from recent moves by the General Assembly against gambling when she signed a new compact with the Cherokee that would allow the tribe to expand the gambling in their casino from video poker to Las Vegas-style gambling. Although North Carolina law prohibits possession of equipment used in this kind of gambling such as “craps tables, roulette wheels, [and] faro banks” (used to deal cards in blackjack and other card games), the Cherokee currently get around this prohibition by using television monitors to allow gamblers in their casino to interact with dealers in jurisdictions where Las Vegas-style gambling is allowed.

Governor Perdue says expanding gambling for the Cherokee is a good idea, but we disagree. Gambling is always bad for society.

The Cherokee and some legislators have made the weak argument that “we are just moving jobs from other states to North Carolina.” Governor Perdue says the gambling expansion will produce up to 400 new jobs on the reservation. Though I suspect this number is high, let’s roll with this claim for a moment. If each new job serves just 100 new gamblers, then you will have 40,000 new gamblers. Numerous studies show that about five percent of gamblers will have a serious gambling control problem. If these five percent become addicted to gambling, that would represent 2,000 new addicted gamblers, most of whom will be North Carolina residents. So 400 new jobs results in 2,000 new addicted gamblers. Anyone who has studied addiction knows that a gambling addiction is among the worst kind. The problem gambler usually destroys their marriage and their family, with children often taking the brunt of the harm. Are 400 jobs a fair trade for 2,000 destroyed families?

But there is likely more to this gambling proposal than just jobs. First, there is the political money, and it could be significant. While campaign contributions from individuals to campaigns are limited, there is no limit to the amount of dollars that can flow from a sovereign Indian nation to the coffers of various organizations that support campaigns and candidates. Although campaign contributions are legal, history shows that there is a high correlation between gambling and corruption. Legislators should not heed the siren call of political donations and should stay the course of eliminating gambling in North Carolina to the greatest extent possible.

The real false promise offered by the Cherokee expansion is found in the claim that by taxing this gambling activity, net revenues will be produced for the state. Decades of research show that this claim is categorically false. At best, gambling would be a zero-sum operation for North Carolina. In most cases, however, the social problems are almost always under-reported, and the nature of the dire social ills that accompany gambling have a devastating effect on thousands of families. When researchers go to the considerable expense and effort to quantify these impacts, they find that gambling does not pay.

Clearly, the idea of casino gambling is not new. It is an idea still supported by some libertarian groups and by some legislators. Thus far, there have been no legislative hearings on the Cherokee proposal. A serious discussion of the facts is needed. While the Cherokee may simply want to conduct additional types of gambling on their reservation, but there is much more that legislators need to know. For example, if the legislature approves their compact, the courts are likely to heed legal arguments to approve casinos for the rest of the state. This is not something to be taken lightly.

A number of legal experts have said that granting the Cherokee a special right to conduct a type of gambling that is banned elsewhere in the state will result in that gambling being available everywhere.

The newly proposed Cherokee Compact is a real gamble. Governor Perdue promises jobs and money for education—but if the General Assembly approves this proposal, it will be the citizens of North Carolina and the newly created compulsive gamblers and their families that will suffer enormous harm. It is a harm that can be easily avoided by the General Assembly voting “no” when the Cherokee compact comes up for approval.