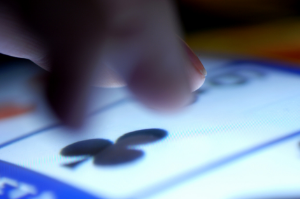 Just days after the North Carolina Senate passed a bill that would allow sports gambling in North Carolina, a State House Committee approved another bill that would blanket the state with tens of thousands of video gambling devices under the authority of the state-run lottery. House Bill 954—Video Lottery Entertainment, sponsored by Reps. Harry Warren (R-Rowan), Tim Moffitt (R-Henderson), Howard Hunter (D-Hertford), and Michael Wray (D-Northampton), would direct the State Lottery Commission to initiate the use of “video lottery terminals.”

NC Family President John L. Rustin testified before the House Commerce Committee today saying, “North Carolina has been fighting for decades to eradicate highly addictive video poker, a.k.a. video sweepstakes, from our state. Not only would House Bill 954 do absolutely nothing to eliminate video poker in North Carolina, but it would also place into operation tens of thousands of additional video gambling machines under the auspices of the State Lottery.”

Despite claims to the contrary by bill sponsors, Rustin pointed out that HB 954 only applies to video lottery games operated by the State Lottery. “There is nothing in this bill that will limit, restrict, or eliminate video sweepstakes. Again, it will only add tens of thousands of additional video gambling machines in North Carolina,” Rustin said.

“Video gambling is known as the crack cocaine of gambling because it is so addictive,” Rustin continued. “These machines are professionally designed to keep people playing as long as possible…We urge you to defeat this legislation!”

The North Carolina Sheriffs Association also spoke in opposition to the bill, saying, “This bill doesn’t eliminate the machines that are already there. It just adds a large number of additional machines to continue to prey on our citizens.”