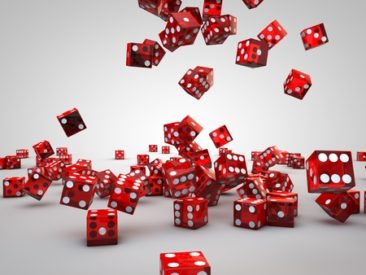 Although they seem to have taken a backseat to a number of other high profile issues in recent months, efforts to expand various forms of gambling in North Carolina continue to rage. Recently, the state’s only casino operation, the Harrah’s Cherokee Casino Resort, owned by the Eastern Band of Cherokee Indians in the western part of the state, has announced plans for another major expansion. The South Carolina-based Catawba Indian nation is still seeking authority from the U.S. Department of the Interior to buy land to build a massive Indian gambling casino near Kings Mountain just west of Charlotte. And the Lumbee Indian Tribe continues to seek full federal recognition from the U.S. Congress, which could give the Tribe the right to pursue a gambling casino near the I-95 corridor in Eastern North Carolina.

Meanwhile, the North Carolina General Assembly will face renewed debates over expanding the state lottery by allowing additional games and a substantially increased advertising budget. In addition, the state continues to grapple with: never-ending lobbying efforts and lawsuits by the video poker/sweepstakes industry; and, the sustained pressure to increase online “fantasy sports” operations.

Pervasive advertising, which puts a happy—often, silly—face on gambling, attempts to mask the fact that gambling is destructive to families and often preys disproportionately on lower income people. It’s always helpful to get a refresher on exactly why gambling is worth resisting in our state.

Evidence: Gambling Not Innocent Pastime That Many Believe
Communities where casinos are introduced and expanded experience significant increases in the number of problem and pathological gamblers. Increasing numbers of addicted gamblers create significant burdens for gamblers, their families, and local communities. In addition to increased gambling addiction, crime increases in areas where casino gambling is introduced.

According to Les Bernal, the national director of Stop Predatory Gambling, a Washington DC-based nonprofit, gambling “is one of the biggest public health issues in America today that no one has been paying attention to.”

Gambling Can Be Addictive
Video gambling machines are considered the “crack cocaine of gambling,” according to MIT Professor Natasha Dow Schull, who spent over a decade researching machine gamblers in Las Vegas. “Every feature of a slot machine—its mathematical structure, visual graphics, sound dynamics, seating and screen ergonomics—is calibrated to increase a gambler’s ‘time on device’ and to encourage ‘play to extinction,’ which is industry jargon for playing until all your money is gone.”

Gambling is “Disastrous Budget Gimmick”
Despite all the problems it creates, “gambling has a zero sum economic effect,” claims John Kindt, Professor of Business and Legal Policy at University of Illinois at Urbana Champaign. “The socioeconomic costs outweigh the benefits 3 to 1,” he says. Outlining the ABC’s of gambling, he continues: “A is the addiction that gambling brings; B is the effect on the bank accounts of addicts; and C is the crime that comes with the industry.”

The verdict is not much different for state-sponsored lotteries and daily fantasy sports gambling, concludes Bernal, writing for Family North Carolina magazine (April 2016). “There is no location in America where government-sponsored gambling has collectively improved the lives of citizens, long-term. Government’s ‘regulation’ of gambling has failed on almost every measure. By targeting the least advantaged, government-sponsored gambling adds to the increasingly separate and unequal life patterns in education, marriage, work, and play that now are dividing America into haves and have-nots.”

Bernal continues, “For the two-thirds of citizens who never or rarely gamble, state-sponsored gambling is a disastrous budget gimmick. The facts show that where states authorize commercial gambling, all taxpayers—including the non-gamblers—end up paying higher taxes for fewer services, and their states end up with worse budget problems over the long term. This is because casinos and lotteries have proven to be a failed source of government revenue and have not delivered on their promises to fund education, lower taxes, or pay for needed public services.”

What Can We Do?
Stay engaged. Educate yourself and remind others, including policymakers, that gambling is an unhealthy pseudo solution to economic challenges and it actually creates deeper problems for families and communities. In addition, pray that our legislators will stay the course with strong, wise public policy that says no to increasing this social harm. It’s easy to see stark similarities to money used on games of chance with that “bag with holes” referenced in Haggai 1:6.

“You have planted much, but harvested little. You eat, but never have enough. You drink, but never have your fill. You put on clothes, but are not warm. You earn wages, only to put them in a purse with holes in it.”