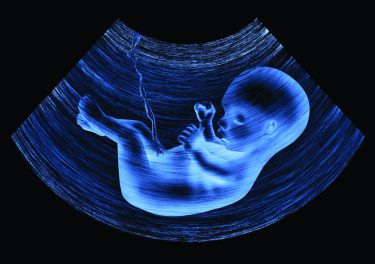 Contrary to some news reports, an opinion issued by the US Court of Appeals for the Fourth Circuit yesterday did not strike down North Carolina’s abortion laws to allow unlimited abortions, even up to the point of birth, in North Carolina. Instead, the ruling upheld a March 2019 opinion by US District Judge William Osteen, Jr., which legalizes abortion up to the point of “viability.” Viability is generally recognized at 24 weeks of pregnancy, but can be weeks earlier. Previously, state law banned abortion after 20 weeks except in cases of a medical emergency.

In its June 16 decision, a three-judge panel of the Fourth Circuit was not tasked with determining the constitutionality or merits of North Carolina’s abortion laws, but instead reviewed whether the abortion providers challenging North Carolina’s law had standing—or were legally eligible—to bring the lawsuit. The judges found “that the Providers have established a credible threat of prosecution and therefore have standing to bring this suit.” Based on this conclusion, the court then simply affirmed Judge Osteen’s two-year-old judgement.

In short, Judge Osteen ruled in March 2019 that North Carolina’s law prohibiting abortion after 20 weeks, except in cases of a medical emergency, contradicts the U.S. Supreme Court’s rulings in Roe v. Wade and Planned Parenthood v. Casey. According to Osteen, these rulings established a constitutional right to abortion “at any point prior to viability.” Regrettably, Osteen’s judgement leaves the determination of viability in the hands of the abortionist/doctor who is paid to end the life of the unborn child.

The Center for Reproductive Rights, the American Civil Liberties Union, and Planned Parenthood brought the lawsuit seeking to strike down a multitude of North Carolina’s abortion laws, many of which were enacted or amended by House Bill 465 in 2015. Judge Osteen acknowledged that the “requested relief” sought by the Plaintiffs “would have the effect of legalizing abortion up to the point of birth,” and he refused to do that. Instead, he recognized that “the North Carolina legislature, in passing these statutes, has expressed a clear intent to limit abortion as may be permitted by law.”

Under Osteen’s ruling, post-viability abortions are still prohibited in North Carolina except in cases of a medical emergency. This is important, because continuing advances in medical technology, neonatal care, and medical treatments make viability possible at earlier and earlier stages of human development. Furthermore, high definition ultrasounds also allow us to see more clearly into the womb at the earliest stages of pregnancy and demonstrate more and more that the unborn child is, in fact, a human life.

Moreover, last month the U.S. Supreme Court announced that it will review Mississippi’s law limiting abortion after 15 weeks. The High Court is expected to consider the issue of whether laws banning pre-viability abortions are constitutional.