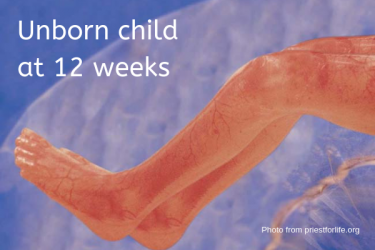 Bills to ban dismemberment abortions in North Carolina and to require physicians to inform women about the possibility of reversing a drug-induced abortion were filed in the State House and State Senate yesterday.

“NC Family is extremely grateful to the state lawmakers who filed and sponsored these critically important pro-life initiatives,” said NC Family President John L. Rustin. “These measures highlight the brutality of abortion on our youngest and most vulnerable and will save innocent human lives. We urge the North Carolina General Assembly and Governor Cooper to approve these bills as quickly as possible!”

SB 51–Unborn Child Protection from Dismemberment, and companion House bill HB 54, would make it illegal for a physician to perform a “dismemberment abortion” in North Carolina. The bills define this gruesome procedure in the following manner:

With the intent to cause the death of an unborn child, to dismember a living unborn child and extract that child in pieces from the uterus through use of clamps, grasping forceps, tongs, scissors, or similar instruments that, through the convergence of two rigid levers, slice, crush, or grasp, or a combination of these, a portion of the unborn child’s body to cut or rip it off.

The bills make it unlawful “for any person to willfully perform a dismemberment abortion and thereby kill an unborn child, or attempt to perform a dismemberment abortion, unless it is necessary to prevent serious health risk to the unborn child’s mother.” The term “health risk” is narrowly defined to include circumstances necessary to avert the death of the mother or “serious risk of substantial and irreversible physical impairment of a major bodily function, not including psychological or emotional conditions.” Both bills would allow the mother or father of the unborn child to seek civil penalties, including monetary damages and attorneys fees, against an individual who performs a dismemberment abortion.

SB 52–A Second Chance for LIFE, and companion bill HB 53, would require a physician who prescribes an abortion-inducing drug to a pregnant woman to provide the woman with written information about the possibility of reversing the drug-induced abortion through the administration of progesterone. The bills direct the State Department of Health & Human Services to design the written materials including the phone number for the Abortion Pill Reversal Hotline.

As we discussed last week in our article about HB 22-Woman’s Right to Know Addition/Ashley’s Law, mifepristone is the first drug administered in the RU-486 abortion drug protocol. This drug starves the unborn child of progesterone, and then misoprostol—the second drug—causes contractions to expel the dead baby. According to abortionpillreversal.com, initial studies indicate that the administration of high doses of progesterone after mifepristone has been taken has a 64 percent to 68 percent success rate of reversing the deadly effects of the drug with little to no negative effects to the unborn child. In fact, a peer-reviewed article in the International Journal of Obstetrics and Gynecology says that the “rate of major malformations after first‐trimester exposure to mifepristone [the first pill, without administering the second pill] is only slightly higher than the expected 2–3% rate in the general population. Such findings provide reassuring data for risk evaluation for continuation of pregnancy after mifepristone exposure.”

NC Family will continue to monitor this and other pro-life legislation and keep you informed on their progress.