For Everything There Is a Season 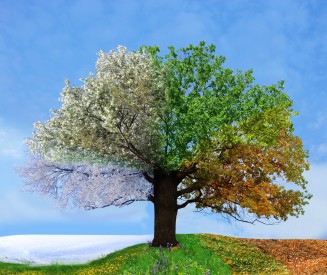 For the second election in a row, North Carolina made history. Republican Pat Mc- Crory will become only the third Republican governor of the Old North State in the last 100 years, and the first in over two decades. He will be working with Republican super-majorities in both the N.C. House and N.C. Senate. The new year will bring a new legislative session during which Republicans will continue to set the State’s agenda, this time with a friendly signature waiting in the Governor’s Mansion.

New lawmakers and a new session mean lots of work for all of us here at the NCFPC. You can count on us to be following all the action on Jones Street, and providing research and insight to lawmakers and citizens alike on what is, should be, and should not be the priorities of pro-family policy. This issue of Family North Carolina begins that process with both a look back at the most recent short session, as well as, a look forward at issues that likely will be or should be addressed in the coming months.

In this issue’s powerful feature article, Alysse ElHage highlights the surprising and heartbreaking reality of today’s often hidden form of modern day slavery—child sex trafficking. The fact that this article is difficult to read demonstrates why it is so important that this issue be brought out of the shadows and into the bright sunlight of knowledge. We hope that this will help faith-based organizations, advocacy groups, and law enforcement agencies succeed in combatting this horrible plague and freeing its victims from the chains of sexual exploitation.

Attorney Chris Derrick employs his impressive grasp of the complexities of gambling and sweepstakes law to draw a disturbing picture of how North Carolina’s social and economic landscape continues to be reshaped, thanks to the decisions by a few governors and many state lawmakers to gradually give more and more ground to the gambling industry moles.

Grandparents’ relationships with their grandchildren are special. However, NCFPC legal intern Justin Reimer explores how and why expanding the ability of grandparents to petition the courts for visitation against the wishes of intact families is bad public policy that ultimately interferes with the established rights of parents.

As this magazine has chronicled, much of the medical community continues to march away from a sanctity of human life ethic. Attorney Mary Summa discusses the true dangers of Physician- Assisted Suicide, its creeping expansion, and why its legalization would be a critical blow to a treatment ethic that recognizes the dignity and sanctity of all human life.

This issue’s Courts page is filed with some disturbing but important articles, including updates on the ongoing national battle over the institution of marriage, as well as a second federal court’s decision to strike down the federal Defense of Marriage Act, and a dangerous new California law related to sexual orientation that intentionally violates parental rights.

Be sure to read president Bill Brooks’ moving interview with Dr. Andrew Root that explores the world of confusion and hurt that children of divorce face, even despite the sometimes good intentions of parents.

The 2012 Short Session of the General Assembly is recapped in the Votes Paper that highlights some of the most important and most contentious bills considered and lays out how each member voted on some of the biggest issues North Carolina faced this year.

Finally, turn the page to read NCFPC president Bill Brooks’ commentary on what the recent elections mean for pro-family policy in North Carolina, and what efforts and priorities you can expect from us.

All of us here at the North Carolina Family Policy Council pray that you and your families enjoy a happy, healthy, and holy holiday season with lots of time to catch up on your Family North Carolina reading. Please share this issue with family, friends, and neighbors in time for them to subscribe before the end of the year, so they will be as educated and ready as you are to follow and participate, when necessary, in next year’s legislative session.

Brittany Farrell is assistant director of policy for the North Carolina Family Policy Council and editor of Family North Carolina.