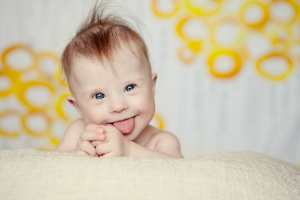 As North Carolina lawmakers consider a bill that would ban abortion when the doctor knows the mother’s decision is based on the “presence or presumed presence of Down syndrome,” the U.S. Court of Appeals for the Sixth Circuit has just upheld a similar law in Ohio. The Ohio law—House Bill 214—was signed into law in 2018, but was challenged in court by abortion clinics in that state. Earlier this week, the Sixth Circuit ruled that “the restrictions imposed, or burdens created, by H.B. 214 do not create a substantial obstacle to a woman’s ability to choose or obtain an abortion. Moreover, those restrictions are reasonably related to, and further, Ohio’s legitimate interests. … The people of Ohio were entitled to enact into law their considered judgment that those with Down syndrome are worth protecting.”

The federal Appeals Court found that the law legitimately protected:

NC Family is extremely grateful for this ruling that will help save the lives of precious unborn children, which is why we support North Carolina’s House Bill 453—Human Life Non-Discrimination Act/No Eugenics. This bill would follow in Ohio’s footsteps, protecting unborn babies from abortion where the doctor knows the mother is seeking an abortion because of a diagnosis of Down syndrome or because of the race of the unborn child. Every human being has a right to life, and is worthy of dignity and respect. Those unborn babies who receive a Down syndrome diagnosis are no different.

HB 453 has been referred to the House Health Committee, and NC Family will continue to update you on the progress of this life-saving legislation.