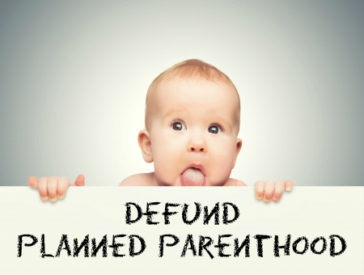 Pro-life North Carolinians interested in peacefully protesting the abortion giant Planned Parenthood will have their opportunity on Saturday, February 11 in locations throughout the state.

Defund PP Rallies will take place near Planned Parenthood facilities in Asheville, Chapel Hill, Fayetteville and Winston-Salem. More information on times and locations can be found on the #ProtestPP website. Primary sponsors are three national organizations: Citizens for a Pro-Life Society, Created Equal, and the Pro-Life Action League. They have come together to form “a coalition of state and national pro-life groups calling for public protest in response to the recent horrifying revelations that Planned Parenthood has been involved in the illicit trafficking of aborted babies’ body parts.” In July of 2015, the Center for Medical Progress began releasing a series of undercover videos showing Planned Parenthood officials discussing how to profit from the sale of organs and other tissue taken from the bodies of aborted babies.

Last month, after a year of investigative work, the House Energy and Commerce Committee (HECC) released their Final Report. The committee’s recommendations began with the statement, “The Panel discerned a hardness and callousness toward women and infants, particularly after a clinic entered into a contractual relationship with a fetal tissue procurement business.” And continued, “The Panel found that Planned Parenthood affiliates and clinics have repeatedly neglected their fiduciary duty requiring good stewardship of federal taxpayer dollars….” (See the report’s recommendations beginning on page 406.)

Soon after that ruling, the Defund Planned Parenthood Act of 2017 was introduced in the United States Congress and has been referred to the HECC. NC Family recently reported on President Trump’s executive order reinstating the “Mexico City Policy” that effectively halts federal abortion funding overseas, and further efforts by Congress to prohibit taxpayer dollars from going to organizations, like Planned Parenthood, that perform abortions.