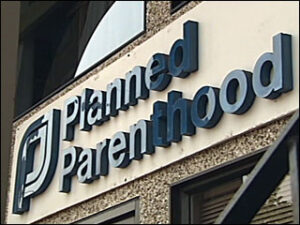 Over this past week, both the U.S. Senate and the U.S. House of Representatives passed the so-called American Rescue Plan Act of 2021 (H.R.1319), and President Biden signed this $1.9 trillion COVID-19 aid package into law today. This makes H.R. 1319 one of the largest spending bills in U.S. history. The package includes direct stimulus payments to qualifying individual taxpaying Americans in the amount of $1,400, extends unemployment benefits, delivers small business assistance, and provides state and local funding for economic relief, to name a few.

But an extremely troubling issue within this package is that it includes extensive abortion funding. Since 1976, congressional spending legislation has—by bipartisan agreement—included what is referred to as Hyde Amendment protections, which prevent taxpayer dollars from being used to fund abortions. Even the $2 trillion CARES Act passed in 2020 included Hyde protections, but H.R.1319 does not. Instead, billions of taxpayer dollars can now be used to directly and indirectly subsidize the abortion industry. (Our friends at Family Research Council have detailed how these funds have been allocated in a recent FRC blog post.)

“It is inexcusable at such a time as this,” responded NC Family President John L. Rustin, “that the U.S. Congress and the president would take advantage of our nation’s circumstances to direct billions in taxpayer dollars to the abortion industry. How hypocritical it is, that this bill will place the lives of hundreds of thousands of unborn children at risk under the guise of ‘Rescuing America.’ May God have mercy on our souls and our nation.”

With a U.S. Senate vote of 50-49 and a U.S. House vote of 220-211, the American Rescue Plan Act received zero Republican votes. While GOP Senators attempted to include Hyde Amendment protections in the bill last Friday, those amendments failed to receive the necessary 60 votes in order to be adopted, despite being joined by three Democratic Senators.

As the Ethics and Religious Liberty Commission explained in their story on the passage of H.R.1319 by the Senate, “Ending the pandemic and economic hardship suffered by many ought to be a unifying effort. American taxpayer dollars should never fund abortion, and it is unconscionable to use a public health crisis as cover to advance radical abortion policy.”