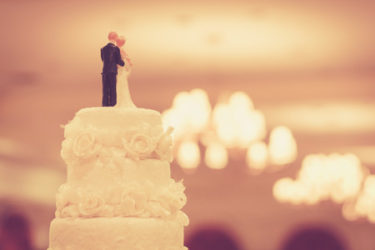 Earlier this month, the New York Post published a story with the encouraging headline “Divorce filings drop as COVID-19 lockdown mends marriages.” The story went on to report some rather dramatic numbers:

From May 25, when new lawsuits and divorces were allowed to be filed electronically for the first time in weeks in New York City, Long Island, Westchester and other locations, to June 24 just 1,265 divorce papers were filed, down from the 2,300 requests that commonly come in each month, according to the state Office of Court Administration.

That’s a 45% drop in divorces, which would, under any circumstances, be something to celebrate. However, it was all the more remarkable coming as it did after a prolonged period of lockdown in which couples had found themselves stuck at home together for weeks on end. During that period, courts had been largely shut down, so people were unable to file for divorce. The universal expectation was that when the courts reopened, a backlog would come flooding through, along with an increase from people who might not have been headed for divorce before but had been driving each other crazy during lockdown.

And yet, these numbers told a very different story. It actually appears that lockdown may have saved marriages.

It looks like the same trend may be happening in North Carolina, too. In the year ending June 30, divorce filings in North Carolina were indeed down. There were 34,700 in 2019-20, down from 36,200 the year before, a drop of about 4%. That’s part of a wider downward trend in divorce numbers. But since COVID, the numbers are even more dramatic. Here in North Carolina, courts closed in March and reopened on June 1. During that time, you could still file for divorce, but only by mail or courier. Consequently, numbers dropped a lot during April and May. When the courts reopened in June, there was an immediate spike in divorce filings. But if we look at the whole period—March through June—there were fewer divorces in 2020 than in 2019. A lot fewer. June spiked, but not nearly enough to make up for the huge drops while courts were closed for COVID. Overall, between March and June, divorce filings were down nearly 13% from the year before. That’s great news.

Of course, all of this raises the question of why. All the experts said that we’d see people spending too much time together and therefore becoming more frustrated with their spouses; that issues couples had been pushing aside for months or years would come to the surface; even that people confronted with their own mortality would want to throw off the chains of marriage and live a little.

What I’ve noticed during lockdown is that I see families in my neighborhood walking or riding bikes together far more than I ever did before. I hear neighbors playing with their kids in their backyards. I smell burgers being grilled. I see long neglected DIY projects being tackled. It just seems like families—with or without kids—are spending more time together.

In my own household—the only one I really know—we’ve both been home all day every day, which means we usually have lunch together, even if we’ve spent the morning in separate parts of the house. We sleep a little later in the mornings because we don’t have to worry about a commute, so we’re able to linger those few more minutes over our coffee together. We’ve figured out ways to fill our evenings doing things together, because we’ve been less able to fill them with friends and events. All of that means we’ve talked more. We’ve worked together more. We’ve smiled at each other more. It’s been good for us.

Of course, we don’t know if these numbers will hold, and there may be other factors at play. In particular, divorce is incredibly expensive, as is maintaining separate households afterwards. So it may be that the economic downturn is causing people to hold off. But if this pandemic has caused us to spend more time with our families, rediscover how valuable our marriages are, and given us both the opportunity and the motivation to invest more into those relationships, then that is good news worth celebrating.