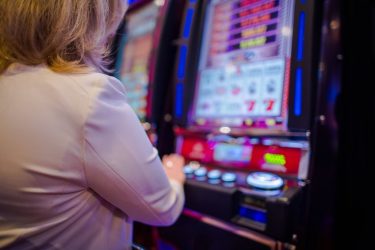 The NC Court of Appeals issued an opinion on Tuesday that overturned a lower court ruling and determined that a video sweepstakes gambling operation in Onslow County, North Carolina is, in fact, unlawful. While this week’s court action is simply the latest in a protracted legal and legislative battle to rid North Carolina of the illegal and predatory video gambling industry, NC Family is hopeful and prayerful that it sends a resounding message to the video gambling industry that it is neither legal nor welcome in our state!

In 2013, sweepstakes operators Gift Surplus, LLC and Sandhill Amusements, Inc.—based out of Southern Pines, NC—sued the state, “seeking a permanent injunction that would bar state law enforcement from enforcing State gambling and sweepstakes laws against their sweepstakes kiosks.” The case went to the NC Supreme Court, which ruled the games violated the State law against video sweepstakes and remanded the case back to the lower court. When the case was sent back to state Superior Court court, however, the operators asserted that a revised version of the video games were legal, because the tweaks to the computer software now meant the games required more skill and less chance. The lower court agreed and concluded the modified kiosks did not violate the State’s prohibition against sweepstakes conducted through the use of an “entertaining display.”

After reviewing the case on appeal, a three-judge panel of the NC Court of Appeals determined that even with the software revisions, Gift Surplus’s video sweepstakes scheme violates North Carolina’s gambling laws. The court issued three separate but concurring opinions in its October 15 ruling. Judge Hunter Murphy, who wrote the majority opinion, said that Sandhill Amusements, Inc. used particular video sweepstakes machines that resembled a reel-spinning slot machine, where “visual information takes the form of game play.” This led Judge Murphy to conclude that, “regardless of whether skill or chance predominates over the game,” the machines violate current North Carolina law that prohibits sweepstakes “through the use of an entertaining display.” Likewise, Judge Wanda Bryant ruled in her concurring opinion that the machines in question violate current state law, but her reasoning was based on the fact that the games “do not amount to games whose outcomes are determined by skill and dexterity, but rather, chance.” The third judge on the panel, Judge Allegra Collins, concurred with both of her colleagues’ opinions.

As a matter of history, NC Family was instrumental in the passage of legislation in the 2006 Legislative Session banning video poker throughout the state. Once that three-year phase out went into effect, the video gambling industry reappeared in the form of video sweepstakes. Since that time, as a recent Fayetteville Observer article points out, when new laws are passed or court rulings are issued, the video gambling industry modifies their machines or pursues legal action in an attempt to stay alive.

Regardless, NC Family remains committed to eradicating this predatory and harmful industry from our State.