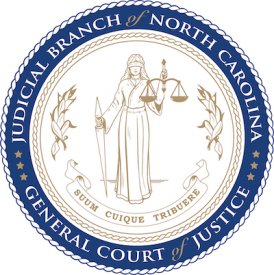 Governor Roy Cooper announced yesterday that Associate Justice Cheri Beasley is the new Chief Justice of the North Carolina Supreme Court. After former Chief Justice Mark Martin stepped down to take a position at Regent University in Virginia, state law tasked the Governor with the duty of appointing a replacement. In his announcement, Governor Cooper called Justice Beasley “a well-respected jurist…fair and deeply committed to viewing all North Carolinians equally through the eyes of the law.” Beasley served as a District Court Judge from 1999-2008, on the NC Court of Appeals from 2009-2012, and has been on the NC Supreme Court since 2012. She is the first black woman to serve as North Carolina’s Chief Justice.

With Beasley replacing Justice Martin, her associate justice seat becomes vacant, and Governor Cooper will also appoint a replacement for that position. Should the Governor select another Democrat, the state’s highest court will have a 6-1 Democratic majority. The sole Republican on the court is Associate Justice Paul Newby, who was first elected in 2004 and is the longest serving justice currently on the court. In response to Governor Cooper’s announced appointment of Beasley on Tuesday, Justice Newby released a statement on Twitter:

Prior to the Governor’s announcement, Newby had publically requested the appointment to Chief Justice due to the court’s tradition. Justice Newby and Justice Robin Hudson have both been on the Supreme Court longer than Beasley. Newby concluded his statement by saying, “I look forward to placing my qualifications before the voters in 2020.”

Since Beasley was nominated and not elected to the position of Chief Justice, she will have to run to retain that seat in the next General Election, as will her replacement for associate justice. Justice Newby’s seat is already up for election in 2020, so whether he runs for re-election to that post or challenges Beasley for Chief Justice, his seat will be on the ballot as well. This will means there will be at least three State Supreme Court races in North Carolina in 2020.