Constitutional Resistance: Do We Have a Duty to Resist Marriage Redefinition? 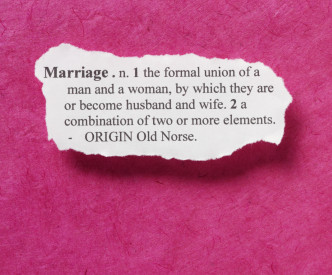 This January, Alabama State Supreme Court Chief Justice Roy Moore issued an administrative order that, “Alabama probate judges have a ministerial duty not to issue any marriage license contrary to the Alabama Sanctity of Marriage Amendment” until the Alabama Supreme Court rules on the issue of same-sex “marriage” later this year.

Last fall, Rowan County, Kentucky Clerk of Court Kim Davis spent five days in jail for refusing to issue marriage licenses bearing her signature to same-sex couples because of her religious beliefs. In December 2015, newly elected Gov. Mark Bevin issued an executive order that removes the names of all county clerks from Kentucky marriage licenses “to ensure that the sincerely held religious beliefs of all Kentuckians are honored.”

Closer to home, over 30 North Carolina magistrates with deeply held religious beliefs about marriage have used a new state law to recuse themselves from participating in the solemnization of same-sex unions.

These courageous Americans are the faces of peaceful resistance to the U.S. Supreme Court’s June 2015 decision in Obergefell v. Hodges that forced the legal recognition of same-sex unions on every state in the nation. While some may consider the SCOTUS ruling the law of the land, a group of the nation’s most respected legal scholars disagrees, calling it “illegitimate,” “anti-constitutional,” and worthy of opposition.

In October 2015, over 60 legal scholars from universities such as Princeton, Notre Dame, and Oxford, released a pivotal statement describing Obergefell as an “unbinding precedent that has not settled the law in the United States,” and urged American officeholders to actively resist the ruling. Led by Princeton professor Robert George, founder of the American Principles Project, the statement asks all state and federal office holders to:

Refuse to accept Obergefell as binding precedent for all but the specific plaintiffs in that case;

Recognize the authority of states to define marriage, and the right of federal and state officeholders to act in accordance with those definitions;

Pledge full and mutual legal and political assistance to anyone who refuses to follow Obergefell for constitutionally protected reasons;

Open … a broad and honest conversation on the means by which Americans may constitutionally resist and overturn the judicial usurpations evident in Obergefell.

Alliance Defending Freedom Senior Legal Counsel Jeffery Ventrella, J.D., Ph.D., is one of the legal scholars who signed the statement in his personal capacity. When NC Family asked Dr. Ventrella what constitutional resistance to Obergefell looks like in practical terms, he said the scholars’ statement, “wisely does not dictate specific actions because they can vary by circumstance, actor, and situation.”

But he did say it could apply to a number of situations, including:

“A public official exercising a well-formed conscience refusing to comply with applications of the ruling;

A jurist (judge) recusing herself or himself from applying the ruling, or crafting a dissent from a majority ruling that does apply the ruling;

Citizens petitioning various governmental units to resist the decision, and to positively erect protections for conscientious objection by individuals as well as associations [who believe that marriage is only the union of one man and one woman.]”

“Because the SCOTUS ruling is sweeping,” Dr. Ventrella explained, “the applications of resistance will also be sweeping.”

Sometimes, resistance means taking steps to prevent the silencing of those who hold traditional views of marriage by fighting for religious liberty protections for public servants and private citizens. The threat to religious liberty from marriage redefinition is why North Carolina lawmakers enacted Senate Bill 2—Magistrates Recusal for Civil Ceremonies in 2015. SB2 allows certain public servants who issue marriage licenses or perform marriages to recuse themselves from participating in civil marriages “based upon any sincerely held religious objection.” Unfortunately, the law is being challenged in a federal lawsuit filed by six North Carolinians, including same-sex couples, who argue—ironically—that the magistrates who recuse themselves are violating their oath to uphold the State Constitution—the same Constitution that protects these public servants’ religious freedom. See Article 1, Section 13 of the N.C. Constitution states: “All persons have a natural and inalienable right to worship Almighty God according to the dictates of their own consciences, and no human authority shall, in any case whatever, control or interfere with the rights of conscience.”

Although the legal scholars’ statement is mainly addressed to state and federal officeholders, Dr. Ventrella said it applies to every American, “because in the United States, all power and authority of the State derives from ‘the People.’”

He encouraged pro-family citizens “not [to] grow weary in educating others about the judicial usurpation of [these kinds of rulings].” He said we all have a responsibility to “engage the deliberative process to craft constitutional means to erode, undermine, and limit the SCOTUS marriage ruling.”

Dr. Ventrella added, “We must be prepared, where necessary, to resist the application of the [Obergefell] ruling when it infringes conscience, and/or undermines legitimate otherwise protected interests, such as religious freedom and associational rights.”

While resistance may come in many forms, we are all called to do our part. Pro-family citizens need to work together to defend the religious liberty and free speech rights of public servants, and to elect leaders who will uphold the historic definition of marriage. We can also resist efforts to redefine marriage by continuing to speak the Truth in love about marriage in our homes, our churches, and our communities.