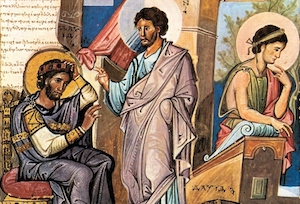 The most recent occurrences of moral failings by national leaders—church leaders in particular—are just the latest additions to a long, sad list. Unfortunately, it’s not hard to find examples of prominent leaders who have failed in tragic and sometimes horrific ways. Pastors and priests, Christian authors and entertainers, presidents of prominent organizations and corporations, and revered political leaders have all fallen in disgrace resulting in lives ruined (their own and many around them) and the dishonoring of our Christian faith.

It’s appropriate that Christians would publicly condemn such behavior in their leaders, but perhaps once it gets to that point, it’s too little too late.

As a more-than-casual observer of churches and religion, I’ve shaken my head in wonder over the “hero worship” that seems to surround some popular pastors and seeming church celebrities. When nearly every man in a congregation begins dressing and otherwise imitating the pastor, right down to the facial hair, something is amiss. When a pastor casually mentions the name of a restaurant during the Sunday service and his congregation floods the restaurant that afternoon, that’s a red flag. When assistant pastors and lay leaders are snubbed or asked to leave because they question the head pastor’s “vision,” it might also be another danger sign. At times, the attitude seems to be: Other leaders might fall, but not ours! Our pastor is too holy and too righteous to plummet into that kind of sin.

But by elevating our leaders to such high places where we believe they are beyond temptation and sin, are we not contributing in some way to the pride that often proceeds a fall? (Proverbs 16:18) And based upon what evidence—in modern life or in the Bible—do we believe that any of our leaders, or any of us for that matter, are immune to moral failure?

The story of David from biblical times is a great example. King David fell in an especially wicked way—committing adultery and then murder to try to cover up his adultery. He was an extraordinary man. Earlier in his life, God Himself testified that David was “a man after His own heart.” David adored God and never recoiled from anything he felt God was calling him to do, no matter the danger or the odds of success.

But there were signs that David was in danger. If anyone warned him about his flagging zeal or his lackadaisical attitude toward his work, it’s not recorded in Scripture. Although the initial devastation was already done when David slept with the wife of one of his soldiers and then arranged to have him killed in battle (2 Samuel 11), David did have one friend willing to risk his neck—literally— to confront the king. Nathan was the kind of person described in Proverbs 27, when it says, “iron sharpens iron.” Nathan confronted David despite the fact that David was a powerful man, that he’d done many good things over his lifetime, and that he was undoubtedly chosen and blessed by God. Fortunately, David responded with repentance, sobs and deep sorrow.

But what if King David had not responded in this way? We can only imagine. Many of us are not in the position to confront national leaders or even pastors of mega-churches or international ministries. Regardless, we must ask ourselves, are are we willing to sound the alarm for those people who are in our lives more directly? When we see a brother or sister in Christ making life decisions that are counter to God’s Word and that are dangerous for them, do we have the courage to gently confront them? When we suspect that a married friend might be getting a little too cozy with a co-worker or neighbor, are we willing to stick our neck out? Do we or do we not believe God when He says He disciplines His children, whom He loves? (Hebrews 12) If we do believe that, we should be willing to risk an awkward confrontation, with the hope that our friend might respond as David did and be restored to a right relationship with Christ, the Church and others.

Perhaps, if we all practice this biblical principle within our families and with our brothers and sisters in Christ, it will begin to produce a culture of accountability. As we confront each other, with a spirit of mercy and righteousness, we may rescue more of our fellow Christians before they destroy their own lives and the lives of so many in their wake.

And even more so, that we would be open to that kind of accountability in our own lives, continually looking to God and those around us to examine our hearts and motivation in light of His Word and to provoke us “unto love and good deeds.”(Hebrews 10)