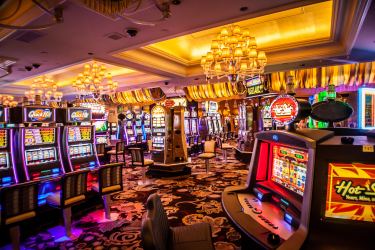 A recent CBS 17 news report highlights a tragic harm associated with gambling. WNCN reported last week that the autopsy of two young sisters, ages two and three, reveals that their mother left the girls in a vehicle parked outside of a Raleigh, North Carolina sweepstakes parlor “for approximately six hours” on a hot August day in 2022 while the mother gambled inside.

According to the report, “Battle [the mother] was spotted inside the Vegas Style Sweepstakes on Atlantic Springs Road for six hours just before she was arrested in connection with her daughters’ death. She was seen driving off from the sweepstakes parlor in a hurry around 8 p.m., six hours after her arrival there, before authorities found her at Duke Raleigh Hospital.” The report also indicates that the girls’ mother “admitted to a caretaker that she had left the children in the back seat of her car for approximately four hours while gambling.” The girls were pronounced dead at the hospital.

“This tragic situation is not an isolated incident,” said John L. Rustin, president of the NC Family Policy Council. “Several times each year we seem to hear about children left unattended in vehicles while the parent or caretakers gamble in casinos or betting parlors. Unfortunately, this is just the tip of the iceberg when it comes to gambling.”

NC Family’s research on gambling over the past two decades consistently shows high correlations between gambling addiction and increases in theft, substance abuse, domestic violence, child abuse, divorce, personal bankruptcy, embezzlement, job loss, and even suicide. This is why NC Family consistently opposes efforts to expand gambling in North Carolina, whether through the state lottery, sports gambling, tribal casino gambling, or other forms.

While many see gambling as a harmless form of entertainment, it can also have tragic consequences for individuals, families and communities.