Celebrate the Sanctity of Human Life This Month! 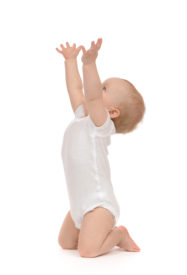 January has been designated as Sanctity of Human Life Month, and pro-life citizens are preparing for a series of events over the coming weeks to bring attention to the importance of protecting and defending human life. In North Carolina, pro-lifers will participate in a host of activities in Raleigh on January 17, and hundreds of thousands of Americans will gather in Washington, D.C. on January 22 for the annual National March for Life.

On Saturday, January 17, North Carolina Right to Life will host its 16th Annual Prayer Breakfast for Life at the North Raleigh Hilton in Raleigh featuring North Carolina’s newly elected U.S. Senator Thom Tillis, along with Wesley J. Smith, Senior Fellow of the Discovery Institute’s Center on Human Exceptionalism. The breakfast will be followed by a number of events on Halifax Mall behind the State Legislative Building in downtown Raleigh including the Love My Life Youth Rally at 10:30 a.m.; a Mass for Life led by Bishop Michael Burbidge of the Roman Catholic Diocese of Raleigh at noon, and the North Carolina Rally and March for Life at 1:00 p.m.

In addition, the United States Conference of Catholic Bishops is inviting Americans to participate in the 9 Days for Life novena beginning on January 17. This period of prayer, penance, and pilgrimage is intended to foster nationwide solidarity in prayer for couples experiencing infertility, those mourning the loss of a child through abortion, children in need of adoptive homes, and for an end to abortion.

On January 18, churches across the country will mark Sanctity of Human Life Sunday, during which pastors and pro-life ministries will make the dignity of human life the focus of their services and outreach.

Thursday, January 22 marks the 42nd Anniversary of the U.S. Supreme Court’s monumental 1973 Roe v. Wade decision that legalized abortion nationwide. On that day, Americans from across the nation will converge on Washington, D.C. for the National March for Life. The theme of this year’s March and Rally is “Every Life is a Gift!” As in years past, the March for Life’s efforts to draw attention to the scourge of abortion in America will include a number of events over several days. Detailed schedules, descriptions, and maps are available at www.marchforlife.org.

Pro-life citizens are encouraged to participate in as many of these events as possible and to pray for an end to abortion in our state and nation.