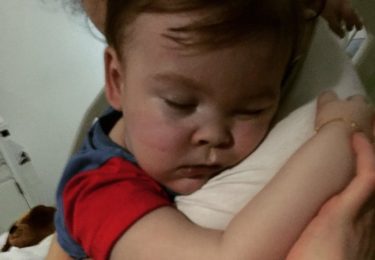 Once again, the laws and policies that rule Great Britain’s medical system are drawing the ire of people all over the world and have even prompted a tweet from Pope Francis. The latest controversy revolves around Alfie Evans, a 23-month-old boy who doctors believe will not recover after a chest infection left him on a ventilator more than one year ago. No definitive diagnosis has been made, however his doctors have stated they believe he has a rare undiagnosed degenerative neurological condition and is in a “semi-vegetative state.” He was taken off life support Monday evening against his parents’ wishes, however the 23-month-old continues to breathe on his own and his vital stats are strong.

Alfie is the latest toddler to get caught up in a philosophy of care that prohibits heroic measures if doctors and the courts decide that the child will not recover, or if further treatment is judged to be “unkind and inhumane.” Alfie’s parents, ages 20 and 21, have lost all legal battles that would allow continued treatment for their son. This includes appeals that went to that nation’s highest court and to the European Court of Human Rights.

Several countries have offered to provide care for Alfie, including the Italian Ministry of Foreign Affairs, which granted him honorary citizenship and has a life flight helicopter standing by to take him to Italy for “new forms of treatment.” However, the courts have refused to release the child and won’t allow his parents to take him home, declaring they are “a flight risk.”

The standoff between Alfie’s parents and the medical establishment are leaving many Brits shaking their heads (see Tweet) and calling for change. The hospital, Alder Hey hospital in Liverpool, has been the site of protests for the past three days. At one point, protestors tried to storm the building to help facilitate the release of the child.

But not all Brits are taking the opportunity to skewer the UK’s National Health Service and the courts. Sean O’Grady, deputy managing editor for the Independent, struck back at comments criticizing Britain’s nationalized healthcare. But even he could not reconcile the decision to not release the child to Italy for continued care.

Please join NC Family staff in praying for a peaceful resolution to this heart-wrenching standoff and that compassion and common sense would prevail.