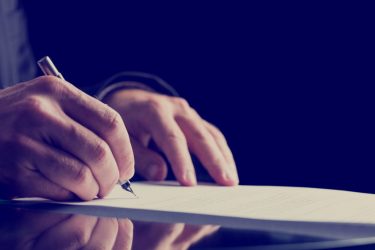 SB 359 –  Born Alive Abortion Survivors Protection Act passed both chambers of the North Carolina General Assembly this week, and now heads to Governor Roy Cooper, who has not indicated what action he will take on the bill. The Governor can sign the bill into law, allow it to go into effect without his signature, or veto the bill and send it back to the General Assembly for a possible override vote.

While the bill faced some opposition in both chambers, the Senate passed it with a 28-19 vote last night, and the House followed suite with a 65-46 vote this afternoon. Two of the primary sponsors, Sens. Joyce Krawiec (R-Forsyth) and Ralph Hise (R-Mitchell), led the debate in the Senate, with Sen. Krawiec answering the objections that had been raised in committees, and clearly explaining that the purpose of the bill was to require that the babies who are born alive after a failed abortion receive the same level of care “as a reasonably diligent and conscientious healthcare practitioner would render to any other child born alive as the same gestational age.” Rep. Pat McElraft (R-Carteret), a primary sponsor of companion bill HB 602, gave remarks on the House floor in support of SB 359, as did Rep. Greg Murphy (R-Pitt), the only medical doctor in the House and the another sponsor of HB 602.

Under North Carolina law, Governor Cooper has ten days to act on the bill. If he vetoes, the legislature can override his veto with a three-fifths majority of members who are present and voting in each chamber. If all members of both chambers are present, 30 votes will be needed in the Senate, and 72 in the House in order to override the veto. If all Republicans vote in favor of the bill, the Senate will need one Democratic vote (it received two on Monday night), and the House will need seven Democrat votes (it received four today).

Thanks to those who contacted your state legislators about the Born-Alive Abortion Survivors Protection Act! NC Family will be closely monitoring the Governor’s action on SB 359 and we will alert you to any developments on this important, life-saving legislation.