Bills of Interest During First Week of the 2021 Legislative Session 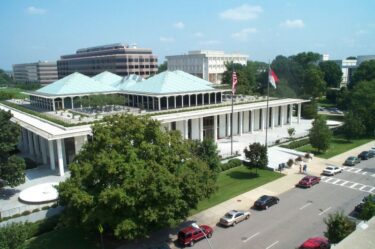 In addition to bills dealing with COVID relief funding and getting students back into the classroom, North Carolina lawmakers have filed a number of bills of interest during the first full week of the 2021 Legislative Session. Here is a snapshot of several of those bills:

HB 31—Detected Heartbeat/Prohibit Abortion would prohibit abortion in North Carolina after a qualified physician licensed to practice medicine in North Carolina determines that the unborn child has a detectable human heartbeat. HB 31 is the first of many pro-life bills expected this session.

HB 32—Equity in Opportunity Act would make numerous changes to the state’s Opportunity Scholarship Program for lower income families. The bill would make the scholarships more accessible by expanding eligibility to more students, and tying the amount of the scholarship grant to an increasing percentage of the “average State per pupil allocation in the prior fiscal year,” instead of a flat $4,200 per year. The bill also proposes substantial changes and forward funding for the renamed Personal Education Student Accounts for Children with Disabilities Program.

SB 43—Protect Religious Meeting Places would allow an individual with a concealed handgun permit to legally carry a handgun on school property, but only during times when the property was being used as a place of religious worship and not during school operating hours.

Be sure to stay tuned for future updates from NC Family on additional legislation of interest!