Being a Championship Father

This week, “Family Policy Matters” features a portion of a keynote address on responsible fatherhood that Carey Casey of the National Center for Fathering gave at the North Carolina Family Policy Council’s Major Speakers dinner event in Greenville in 2016. 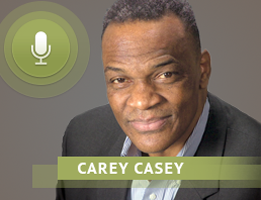 INTRODUCTION: Carey Casey is with the Kansas City-based National Center for Fathering, and he is well known as a compassionate ambassador, particularly within the American sports community. He is author of the book Championship Fathering: How to win at being a dad, and general editor of the “21-Day Dad’s Challenge.” He serves on the Whitehouse Taskforce on Fatherhood and Healthy Families, and he’s also a member of the executive committee of the National Fatherhood Leadership Group, which promotes responsible fatherhood policy, research, advocacy and practice. Casey joined the National Center for Fathering in 2006 after 18 years in various roles with the Fellowship of Christian Athletes, including Executive Director of the “One Way to Play” program, the first ever National Urban Director and President of the FCA Foundation. His career has also included serving as Chaplain at the 1988 Summer Olympic games in Seoul, Korea; Chaplain for the Dallas Cowboys under the Hall of Fame coach Tom Landry; and Chaplain for the Kansas City Chiefs. He served for five years as co-pastor of the Lawndale Community Church, the inner-city church in Chicago’s Westside that was recognized by The George H.W. Bush’s Points of Light Foundation. In high school, Carey played in the 1971 Virginia State Championship football game, which was later dramatized in the award winning movie, “Remember the Titans,” and he is still friends with former Titan’s coach, Herman Boone. Carey received his bachelor’s degree from the University of North Carolina at Chapel Hill, and as running back he helped lead the school’s football team to the Atlantic Coast Conference Championship in 1977.

The following is an excerpt of a speech given by Carey Casey at the North Carolina Family Policy Council’s Major Speaker Series dinner in Greenville, NC, in February 2016.

Carey Casey: Young ladies…need their dads. Don’t think that a man just raises boys. God did not make a mistake when He made us! He did not make a mistake when he made a man and a woman, and I know I’m preaching to the choir, but I’m reminding you because there are those that will move to our block, there will be those who will even grace citadels of higher learning and discredit what God literally built [by promoting] no man, no woman, or two women or two men. And I’m not belittling anyone. I’m just talking about what our Creator, who made me and made you, [intended for the family], and you can’t mess with it, and expect to have success. It can’t happen. As brilliant as we are, the way we think in this two and a half pound sponge in my head called a brain that can hall more than the greatest computer ever made, and all that they have on Facebook, Instagram, Twitter and Snapchat, and you can go all down through it, but you cannot mess with God’s laws and expect to win.

Our land is broken. Our research shows that when a father’s there, when the head coach steps up to the plate, when we take care of the basics, and, not to be dominating, but love our wives as Christ loved the church and gave Himself for her, we will win. The world can’t raise my children. I’m 60, and I’m raising these children, and we have three grown children now. We kept having fun, and now we’ve got Chance, our homeboy is 19, and he is a freshmen in college. We have nine grandchildren, and we’re having fun big time. Now, girls, when their daddy’s there, research shows they’re more confident, and they’re more secure. And we’ve got data that shows this. When a daddy’s there, they do better in math. Every child needs a father, a grandfather or a father figure. But all the research shows, and it’s the last verse in the Old Testament, in Malachi 4 and 6: “He wants to turn the hearts of the fathers to the children, and the hearts of the children to the fathers, or the land will continue to be cursed.” Do the research, read the newspaper here in [North Carolina], and someone that’s committed a crime probably did not have an involved father. It’s not just the fathers that are not there physically, but there are dads that make boatloads of money, who are successful in the world’s eyes, but are not engaged in their children’s lives. They need their dad—bottom line—and the mother needs [his] support.

I am so very thankful for what you are doing [at the NC Family Policy Council], but I want you to know, thinking about what they said about babies born out of wedlock, that cannot happen in the future in your community. When I was five years old in the 1960s, African American babies born out of wedlock, I think about it was 20 to 25 percent. In 2016, it’s at least 72 percent. Our country cannot win that way. Thinking about the Caucasian race, if you will, we’re talking 30 to 40 percent right now, but it’s moving quicker than the rate did in the African American community within the Caucasian community. We have to cut off the curse. We have to get into the game. As we research thousands of dads, three things clearly come out of our research at the National Center for Fathering: that the dad loves their children, they really do, they love their children, they love the child’s mother, even if they’re divorced, they still respect their momma.

And I think about young Chance, our son who is 19, when he was 10 he came to me, and he said, “Daddy, Marcella’s played football, you played football, but I don’t like football.” I’m like, “Son, you’re going to strap on something! We play football in this house. Your daddy roomed with Lawrence Taylor in North Carolina son!” But anyway, he wasn’t impressed, and he still isn’t. The next night, true story, I went to speak to the Kansas City Chiefs before the game, and Chance went with me, and Jered Allen who was with the Chiefs back then, he walks over to Chance, and said, “Chance you going to play football? Are you going to play for the Chiefs?” And Chance looked up at him, and said, “No, I don’t like football. I’m never playing football, it’s a dumb game!” I said, “Son, don’t do that! This is daddy’s job son, this is how we get paid!” Next day, he comes to me, looks me in the eye, and he said, “Daddy, do you still like me and love me although I don’t like football?” And I said, “Son if you never touch a ball, son, I love you.” So, Chance is an unbelievable artist, he’s a very good dancer and singer and all of this, and so we’re just so proud of Chance, who is a freshman in college now. But you love your kids.

[Ask a] judge, he will tell you, when they walked before him, he would ask them questions, Where are you from? Who are your parents? He would drill down, the African Americans, the Caucasians the Hispanic—no matter what their color is, the common ground, and [most of the time] their daddies were not there. And as they moved along, they got in trouble because they didn’t have the compass there.

My father, he died the same day as Coach Tom Landry, my dear friend who used to coach the Cowboys when I was chaplain there, both of the at 75, both of them were men of God, both of them were married to their brides for 50 years. They passed February 12, 2000. One was white; one was black. When I was around them, if I didn’t just know my dad, he was just like Coach Landry [in terms of his character]. They could speak so loud that they would even use words sometimes. Dad could just look at me. Daddy raises me more now from the grave than when he was here. I can hear his voice when I am ready to stand to speak. Pop used to tell me, “Son, don’t ever forget an opportunity will come, but when it comes, will you notice it? And if you notice it, will you be prepared? Fail to prepare, prepare to fail.” He also used to tell me, “Son, if you going to lead the orchestra, you have to turn your back to the crowd. Got to listen to the right voices.”

Love your children, but then also coach your children, and not just on the field. Tony Dungey just invited me the other day to the Hall of Fame to be with he and his family, and Tony said, “A great coach is aware and involved in their players’ lives.” And a daddy coaches his children, he is aware and he’s involved in his children’s lives, and they know what’s going on. That’s what we have to do in this room as we raise up the next generation, we coach them, but not only that we must go love them, but then also, model for our children. You love, you coach, you model but you also encourage your child, and in your neighborhood, the young lady, or young man that doesn’t have a father or a mother. Who are the kids in your neighborhood that do not have a father in the home? You love your kids, you coach them, you model for them, and you encourage a child without a dad, and even encourage those fathers that want to drop out of the game and thinks, ‘My family does not need me’ and ‘I’m gonna trade my bride in for a newer or younger model.’ Gentlemen, you may be tempted. The devil will lie to you. But I want to let you know, as my dad would say, “Son, it’s not greener on the other side of the fence. It’s nothing but dirt.” God bless you! Thank you all for listening tonight!