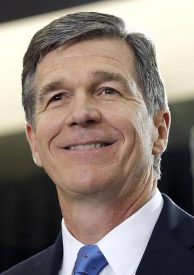 UPDATE: According to the General Assembly’s website, HB 453 was presented to the Governor on Tuesday, June 15. He has until June 25 to take action.

As NC Family shared last week, the NC General Assembly successfully passed HB 453–Human Life Nondiscrimination Act/No Eugenics, a bill that would prevent a physician from performing an abortion if he or she is aware that the mother’s reason for obtaining the abortion is due to the presumed race or sex of the baby, or a diagnosis of Down Syndrome.

We applaud our lawmakers for passing this life saving legislation! Now, the bill has gone to the desk of Governor Roy Cooper, and we need your help to urge Governor Cooper to sign this bill into law!

Urge the Governor to sign HB 453 into law and protect unborn babies from the horror of eugenic abortions. Every North Carolinian deserves a chance to live!

Governor Cooper has until Sunday, June 20 to take action on HB 453. He can either sign it into law, veto it, or allow it to become law without his signature. Should he veto the bill, it will return to the legislature, where a three-fifths majority of those members present and voting in each chamber is required to override the veto.

We will keep you updated on Governor Cooper’s action on this bill.