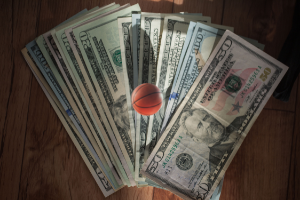 A bill that would legalize sports betting across North Carolina passed yet another committee in the State Senate this morning, despite what appears to be growing opposition. The bill could come before the full Senate for a vote as early as this afternoon.

Please, if you have not already done so, contact your State Senator through NC Family’s Action Center and urge him or her to OPPOSE this reckless and dangerous legislation!

This morning, SB 688–Sports Wagering passed the Senate Rules Committee, the last stop before the bill hits the Senate floor. Despite a voice vote that sounded clearly in opposition to the bill, Committee Chairman Sen. Bill Rabon (R–Brunswick) ruled in favor of the “yea” votes.

NC Family President John L. Rustin spoke once again in opposition to SB 688, calling it a bill that would “flood our state, and especially our children and young adults, with never ending advertisements for gambling on amateur, electronic, collegiate, and professional sporting events. Accordingly, SB 688 will result in tens of thousands more of our state’s citizens and their families to become victimized by gambling addiction.”

SB 688 could come before the Senate as early as this afternoon, so if you have yet to take action, please visit the NC Family’s Action Center NOW to urge your State Senator to OPPOSE sports gambling in North Carolina!