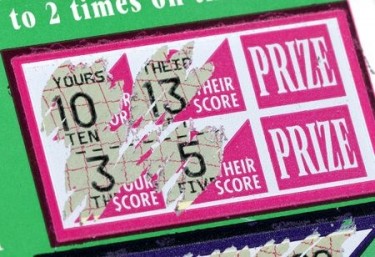 The North Carolina Senate has given initial approval to its version of a state spending plan for the 2016-2017 fiscal year, including a provision that would double the advertising budget for the state lottery. Currently, the lottery is authorized to spend up to 1% of total annual revenues for advertising, but Section 5.1.(b) of the Senate version of HB 1030–2016 Appropriation Act would boost that amount to 2%. Based on an annual financial report from the state lottery for fiscal year 2015, this would mean an additional $19 million in lottery advertising during the next year, bringing total lottery advertising up to as much as $38 million for fiscal year 2016.

“The lottery already spends over $19 million annually to dupe citizens into spending their hard-earned dollars on a government-sponsored ‘get rich quick scheme,’” said NC Family President John L. Rustin. “The General Assembly should do what is best for North Carolina families by rejecting an expanded promotion of the lottery and opposing this misguided proposal to double lottery advertising.”

If current trends continue, doubling the advertising could lead to more problem and addicted gamblers—which would likely translate into more divorces, more bankruptcies, more domestic violence, and other crimes. In addition, increased lottery advertising and sales are proven to hurt many of the people who can least afford to spend their hard-earned money on gambling. Studies show that lottery sales per adult are significantly higher—sometimes more than double the statewide average—in many of North Carolina’s poorest counties.

The N.C. Senate plans to give final approval early Friday morning to its version of the budget bill, which makes changes to the budget passed by the House (HB 1030). The House is expected to not concur with the Senate’s changes and will send the bill to a conference committee where differences between the House and Senate versions of HB 1030 will be ironed out. The lottery advertising budget proposal is sure to be discussed, and it is imperative that House and Senate members hear from you about this matter!

For more information about the negative impact of state-sponsored lotteries, listen to our recent “Family Policy Matters” radio show featuring Lucy Dadayan with the Rockefeller Institute for Government in New York.

TAKE ACTION:  Go to the NC Family Action Center to email your State House and Senate members and urge them to REJECT the proposal to double the advertising budget for the state lottery.