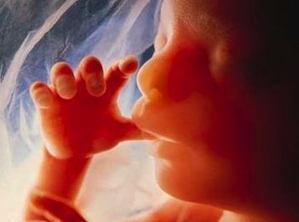 Fewer American women are choosing to abort their unborn babies than at any other time in the last four decades, according to a new report from the U.S. Centers for Disease Control and Prevention. The national abortion report released November 28 by the CDC, includes national abortion figures through 2011, the latest year included in the report. The CDC found that in 2011, 18 percent of all pregnancies ended in abortion, down from 33 percent in 1980, with the most dramatic drop occurring among young women, including teenagers. Overall, the CDC reported that “Large decreases in the total number, rate, and ratio of reported abortions from 2010 to 2011, in combination with decreases that occurred during 2008-2010, resulted in historic lows for all three measures of abortion.”

Highlights of the CDC report include the following:

Despite the historic decrease in abortions, more than 730,000 unborn children were killed through abortion in 2011. Still, the current figure is about half of the peak reached in the 1980s.

In an analysis of the CDC report, National Right to Life credits parental notification laws, along with “changing public attitudes towards abortion, the outreach of pro-life pregnancy care centers, and legislation like waiting periods, ultrasound, and right to know laws” for this drop. This news should provide renewed energy for the pro-life movement, whose successful efforts at changing hearts, minds, and laws are largely responsible for the declining abortion rate.