A Record Year for School Choice 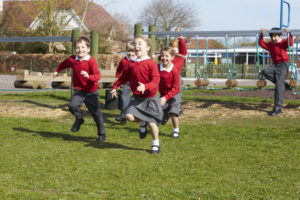 North Carolina recently released the enrollment numbers for the 2020-2021 school year, and while many expected schools of choice to see a rise in enrollment numbers due to the COVID-19 pandemic, few anticipated just how much of a rise it would be.

Dr. Terry Stoops, director of the Center for Effective Education at the John Locke Foundation, is one of the experts on school choice who could not be happier to have underestimated the rise in school choice enrollment this past year. Dr. Stoops joins host Traci DeVette Griggs on this week’s episode of Family Policy Matters to discuss this record year for school choice, and what that means for North Carolina’s education landscape going forward.

“I think one of the takeaways that I came to in looking at what happened during the 2020-2021 school year,” says Dr. Stoops, “is that it was a year of discovery for a lot of parents. Parents that may never have considered a school of choice for their child decided to take the leap.”

Dr. Stoops speculates that this could have been for a number of reasons: a dislike of online learning for their child; an opposition to forced mask wearing; or a fear of COVID-19 spread within large classrooms or school buildings. Whatever the case, school choice enrollment—particularly in homeschools—skyrocketed this past year. “We saw between an 8 and 9 percent increase in charter school enrollment […] Private school enrollment increased by 3.3 percent, which was by all accounts very modest. But I will remind folks,” Dr. Stoops adds, “there was a time where we expected private school enrollment to decrease because there was an expectation of a severe recession following the shutdown.”

Tune in to Family Policy Matters this week to hear Dr. Terry Stoops dive deeper into this record year for school choice in North Carolina. 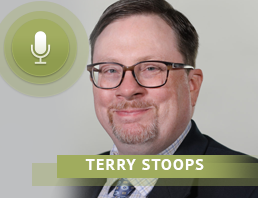 TRACI DEVETTE GRIGGS: Thanks for joining us this week for Family Policy Matters. As summer is wrapping up, many North Carolina students are returning to the classroom for the first time in over a year. The state recently released last year’s enrollment numbers for North Carolina public, private, and homeschools, and, perhaps not surprisingly, a record-setting number of families finished the 2020-21 school year in a homeschool or school of choice.

DR. TERRY STOOPS: Thank you for having me.

TRACI DEVETTE GRIGGS: Do you think it’s possible to come to any conclusions over the migration in school enrollment that happened last year during the pandemic? And if so, what are those takeaways?

DR. TERRY STOOPS: Well, I think the biggest takeaway is that parents were dissatisfied with the way that districts conducted the school year, and they could have been dissatisfied for any number of reasons. Online learning is certainly one of the sticking points with some parents who felt that it wasn’t the ideal educational environment for their child. There were parents that had concerns about the use of masks. There were other parents that were concerned about the possible spread of coronavirus in large groups such as classrooms and school buildings. And so, parents went and they sought out alternatives to districts in unprecedented numbers. And, I think there was a real desire among parents to see if there were alternatives that were better fits for their children during an extraordinary school year. I think one of the takeaways that I came to in looking at what happened during the 2020-2021 school year is that it was a year of discovery for a lot of parents. Parents that may never have considered a school of choice for their child decided to take the leap. I think that although we had some terrible things occur during the pandemic school year with illnesses and deaths, one of the bright spots is that parents who probably never thought that they would ever look for a school of choice because they lived in a neighborhood with a good school, decided to look for a private school, decided to homeschool, or even seek out enrollment in a charter school. And I think the numbers really bear that out.

TRACI DEVETTE GRIGGS: Speaking of the numbers, do you have those in front of you? Give us an example of what we saw last year.

DR. TERRY STOOPS: Sure, well I’ll start with the most modest increase, and that was in the number of private school enrollment. And the private school enrollment only increased by 3.3 percent, which was by all accounts, very modest. But, I will remind folks to consider that there was a time where we expected private school enrollment to decrease because there was an expectation of a severe recession following the shutdown. You consider that there were 22 million Americans—or roughly 13.5 percent of the labor force—who filed initial claims for unemployment benefits in March and April of 2020. And so, the thought was that many of these families could no longer afford to send their child to a private school because they would no longer have the income necessary to pay for the tuition. And so a lot of economists were thinking that private school numbers were going to decrease because of a recession from a government-mandated shutdown of essentially private industries that were deemed dangerous. So we really worried about that. Instead, what happened was that there was a quick turnaround and not only were parents going back to private schools, but many parents that were dissatisfied with the district school decided to enroll their child in a private school. And in many cases, there were wait lists for private school enrollment. So, that was the most modest of the increases.

TRACI DEVETTE GRIGGS: And although some of us think this is great news and love to hear this, there are those, interestingly, who aren’t so happy to see a lot of people going into schools of choice. So, what are you seeing as far as policy makers and how they’re responding to this news of the dramatic shift last year?

DR. TERRY STOOPS: Well, on the Republican side, we’re seeing some budget provisions and legislation that would expand our private school choice programs. And, we have had a need for many years just to fine tune our three private school choice programs in North Carolina. We have two programs that are designed for special needs children and one that’s designed for low-income children. The Opportunity Scholarship, which is for low-income children, has had a voucher amount of $4,200 since its inception. This has been the case for the last six or seven years that it’s been set at this amount, and I think legislators recognize that there’s a need to increase that amount. So, there was a plan advanced by legislators that would index the amount of the Opportunity Scholarship based on the state per pupil expenditure for school districts. In other words, if the school districts receive a certain amount of money, then the Opportunity Scholarship would be set as a percentage of that amount. That means that it would always increase as long as the district school spending increases, which I think is very good policy.

On the other hand, the response by many Democrats who don’t necessarily support schools of choice—and let me just say that there are some courageous Democrats that are willing to stand up to their party and say that educational options are absolutely essential for all students—but the majority of Democrats are asking the Republican leadership in the General Assembly to provide much more funding to our district schools. And this is the constant refrain that we hear so often from the Democratic Party, complaining that the reason why so many parents are seeking out schools of choice is because our district schools are underfunded. Now, that is an idea that we hear a lot, but there’s really little evidence to back it up, given that homeschools, a lot of private schools, and charter schools spend much less than the district does. And yet, parents seek those out in even greater numbers. But, the idea that we just need more money, more funding, more programs, more support is not really standing up to the evidence that we have that schools that are funded at higher levels than other schools don’t necessarily perform better. And, that those schools aren’t necessarily providing a better education to children than those schools that are funded at lower levels.

So, we do really have a conflict of visions between the Republicans and Democrats in the General Assembly. And the irony of all this is that we have an unprecedented budget surplus in the state. And yet the federal government is creating even greater deficits to be able to throw more money at school districts through coronavirus relief funding. So, districts are already flushed with cash that they can’t spend fast enough from the federal deficit spending. North Carolina doesn’t want to make that mistake, and they don’t want to throw their surplus spending at districts when they haven’t even spent the deficit money that was sent to them from the federal government.

TRACI DEVETTE GRIGGS: Many parents who are listening may not know that we have some great resources for them if they are wanting to investigate some of these schools of choice options. Could you just discuss that a little bit and tell people where they can follow your work at the John Locke Foundation?

DR. TERRY STOOPS: Absolutely. My work at the John Locke Foundation can be found the most readily online at johnlocke.org. Certainly feel free to call me here at the office anytime at (919) 828-3876, and I’d be happy to speak with parents who are interested in school choice. North Carolina has some wonderful organizations that also work to advance school choice in the state. Parents for Educational Freedom in North Carolina is a strong supporter of our private school options. We have two charter school organizations: the North Carolina Coalition for Charter Schools and the North Carolina Association for Public Charter Schools. These are both organizations that work to promote charter schools in North Carolina. And then, North Carolinians for Home Education is one of among a handful of home education and homeschooling groups that provide support for families who want to homeschool. Certainly, they can direct families who are interested in homeschooling to the many local groups that exist to support homeschoolers in each county. So, we are always ready and available and willing to ensure that North Carolina’s parents have as many options as possible to be able to provide the education that best meets the needs of their children.

TRACI DEVETTE GRIGGS: Well, thank you very much, Dr. Terry Stoops, Director of the Center for Effective Education at the John Locke Foundation. Thanks so much for being with us today on Family Policy Matters.