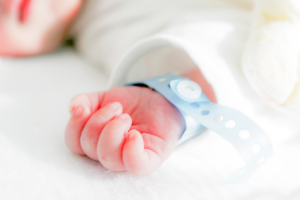 NC Family has joined with 21 other state family policy organizations in a friend-of-the-court brief to the U.S. Supreme Court in the case of Dobbs v. Jackson Women’s Health Organization. The case deals with pro-abortion organizations and individuals challenging Mississippi’s law banning abortions after 15 weeks with limited exceptions. The High Court is scheduled to hear arguments in this case in the fall, and has indicated that they will consider the question of “Whether all pre-viability prohibitions on elective abortions are unconstitutional.”

The amicus brief, which was filed on Monday, argues for an overturning of Roe v. Wade and Planned Parenthood v. Casey, the disastrous Supreme Court rulings that created and upheld a so-called “right” to abortion. The brief’s argument for reversing these rulings, however, is a new and unique one, as it draws part of its reasoning from the Ninth and Tenth Amendments to the U.S. Constitution.

Background on Roe and Casey

The U.S. Supreme Court’s rulings in Roe and Casey were based on an interpretation of the Fourteenth Amendment, which says in part that “No state shall make or enforce any law which shall abridge the privileges or immunities of citizens of the United States; nor shall any state deprive any person of life, liberty, or property, without due process of law…” The Court ruled that “liberty” in this Amendment includes a so-called “right” to abortion. The amicus brief argues that this interpretation wrongly “redefine[d] liberty as license to destroy human life.”

More than being an inaccurate interpretation of the word “liberty,” the brief argues that the Court’s interpretation of the Fourteenth Amendment was actually a violation of the Ninth Amendment and therefore must be reversed. The brief’s basis for this reasoning begins with the “fundamental common law rights” that existed when our nation was established. Although these common law rights were adopted from English Law and are not specifically written in statute, they are still customarily and judicially enforced—namely the rights to life, liberty, and property.

The Ninth Amendment states that the rights of people are not just limited to those specifically outlined in the Constitution. Furthermore, those rights written in the Constitution should not be used to “deny or disparage” other rights possessed by people, like the fundamental rights to life, liberty, and property. Under this reasoning, the Court created a right in Roe and Casey—the “abortion right”—that is not specified in the Constitution and that negated people’s possession of the fundamental right to life. This act by the Court was therefore in direct violation of the Ninth Amendment, because the Court’s creation of a “right” to abortion from the Fourteenth Amendment conflicts with the Ninth’s prohibition against “denying” other rights, namely the right to life.

Looking more specifically at the Mississippi law that is the subject of the Dobbs case, the brief highlights the Tenth Amendment, which states that powers not specifically given to the federal government by the Constitution, or specially withheld from the States by it, are to be “reserved to the States respectively, or to the people.”

Since it is not expressly stated in the Constitution that it is the federal government’s job to defend the fundamental rights to life, liberty, and property, it is then solely the job of the States. While the Fourteenth Amendment prevents the State from depriving someone of life, liberty, or property without due process of law, it in no way “removed State power to secure to all persons in their jurisdiction their fundamental common law right to life.”

Roe and Casey violated the Ninth Amendment because they used the Fourteenth Amendment to deprive people of the fundamental rights to life, liberty, and property. Furthermore, the Tenth Amendment clearly establishes the rights of the States, not the federal government, to defend these fundamental common law rights.

As the brief concludes, “This Court should put to rest the aberrant line of jurisprudence that foists upon the nation a mandatory abortion enablement and that disparages the right of the people to secure to themselves and to their posterity the fundamental common law right to life.”

Please join NC Family in praying that the justices positively receive the arguments made in this amicus brief, and rule to not only uphold Mississippi’s 15-week abortion ban, but also reverse the cataclysmic mistakes that were Roe v. Wade and Planned Parenthood v. Casey. We will keep you updated as the case of Dobbs v. Jackson Women’s Health Organization moves forward.