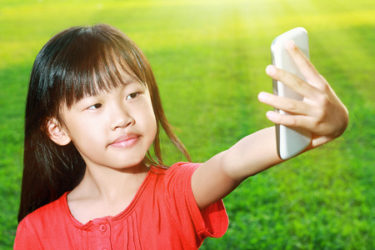 The U.S. Supreme Court is expected to rule this summer on a North Carolina law that prohibits registered sex offenders from accessing commercial social media websites if they know those sites attract minors. Attorneys for the State of North Carolina appeared before the High Court on Monday, February 27 to argue in defense of the law, which was passed unanimously by the N.C. General Assembly as SB 132—Protect Children From Sexual Predators Act in 2008.

Attorneys for the plaintiff in the case, Lester Packingham, a registered sex offender, argued that the prohibition violates his First Amendment rights. The State countered that the law protects the public from sex offenders who could use social media to target minors for sexual abuse.

In 2012, Packingham was convicted of violating the law after posting on Facebook about having a traffic ticket dismissed. Packingham had been indicted in 2002 on two counts of statutory rape of a 13-year-old and was ultimately convicted of taking “indecent liberties” with a minor. The N.C. Supreme Court upheld the law in 2015, and that decision was appealed to the U.S. Supreme Court.

During oral arguments in Packingham v. North Carolina, U.S. Supreme Court Justices Elena Kagan and Ruth Bader Ginsburg expressed concern that barring sex offenders from accessing social networking sites would cut them off from “a very large part of the marketplace of ideas.” Justice Sonia Sotomayor pointed out that the law does not apply only to convicted criminals who used the Internet as part of their commission of a sexual offense. Justice Stephen Breyer remarked that a justified application might include barring sex offenders from sites that explicitly exist to allow people to meet or exchange information.

Overall, the Justices did not seem to regard the law as completely or inherently problematic and indicated that there might be narrow, limited applications that could be legally and constitutionally justified, according to analysis posted on SCOTUSblog. An important question that was raised in the oral arguments is whether a “clear and present danger” for minor children exists by continuing to allow sex offenders to have access to social media websites where children can participate.

The Supreme Court is expected to issue a ruling by June.