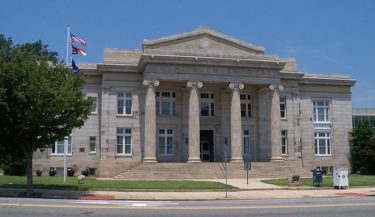 In a victory for religious liberty, the U.S. Court of Appeals for the Fourth Circuit ruled 2-1 yesterday to uphold the Rowan County Board of Commissioners’ prayer policy. The decision overturns a U.S. District Court opinion, which found the policy of having board members open commission meetings with prayer violated the Establishment Clause of the U.S. Constitution.

“This is a great victory for religious liberty and the constitutionally protected right to prayer,” said NC Family President John L. Rustin. “Just because someone offers themselves up to public service does not mean they have to leave their faith at home. We applaud the members of the Rowan County Board of Commissioners for having the fortitude to wage this prolonged legal battle and for standing up for what is right and true!”

The opening ceremony of Rowan County Commission meetings had been a noncontroversial event for many years. However, in March 2013, three citizens, represented by the ACLU, claimed the county “violated the Establishment Clause by delivering sectarian legislative prayers and by coercing [them] to participate in religious exercises.”  The policy in question allowed commissioners, on a rotating basis, to offer a prayer or have a moment of silence as part of the opening ceremony. Each commissioner could decide the content of the prayer or choose to have a moment of silence, and no one was required to participate.

In May 2015, U.S. District Court Judge James A. Beaty found that the county’s policy violated the Establishment Clause. Beaty ruled that Rowan County’s policy was different from a similar policy upheld by the U.S. Supreme Court in Town of Greece v. Galloway, because the commissioners themselves prayed, as opposed to inviting volunteers.

Monday’s ruling overturned Beaty’s decision. In it, the court said, “Under the Supreme Court’s most recent decision explaining legislative prayer, Town of Greece v. Galloway…, we find the Board’s legislative prayer practice constitutional and reverse the judgment of the district court…. There is a clear line of precedent not only upholding the practice of legislative prayer, but acknowledging the ways in which it can bring together citizens of all backgrounds and encourage them to participate in the workings of their government.”

The opinion continued: “On a broader level, and more importantly, the very ‘history and tradition’ anchoring the Supreme Court’s holding in Town of Greeceunderscores a long-standing practice not only of legislative prayer generally but of lawmaker-led prayer specifically. Opening invocations offered by elected legislators have long been accepted as a permissible form of religious observance.”