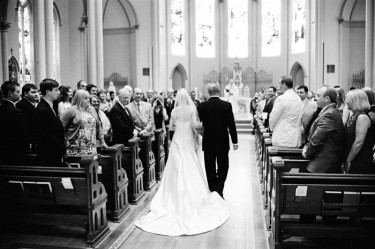 Christians are called to be both salt and light. As the day draws closer to the primary election in May 2012, the faith community, both in North Carolina and around the United States, partners in a Gospel-advancing cause—to preserve the age-old definition of marriage, God’s first institution, as the union of one man and one woman. Family North Carolina asked several leaders of North Carolina’s faith community to discuss the Biblical definition of marriage, the harms of redefining it to include same-sex couples, and the duty of Christians to help preserve marriage for future generations. Below are edited versions of their answers to our questions.

The Bible defines marriage as the union of a man and a woman in a monogamous covenant relationship intended to last for life. This is clearly the teaching of Moses in Genesis 1-2 and also Jesus in Matthew 19. Christians have a poor track record in the area of marriage, but the Word of God is crystal clear. We contend that God ordained, as the first institution, the home. The home is comprised of a man and a woman joined in faithful covenant that then looks to the Lord for the gift and blessing of children. Therefore, Christians should work hard to promote all avenues whereby this family structure can be encouraged and fostered.

Christians can first of all model what a healthy marriage looks like following the principles of Scripture. Again, we have often failed in this area and I believe that is one reason why we have so much confusion today with respect to marriage. In addition, Christians can take public stands and vote their conscience in seeking to promote the kind of marriages that are reflective in biblical truth. Christians should go to the ballot box and vote their conscience in accordance with biblical principles and truth.

The Bible defines marriage as a covenant relationship between a man and a woman for the glory of God and the propagation of the human race. Its definition is discovered all the way back to God’s creative Hand, when He formed Adam and Eve. The Bible teaches God Himself performed the very first wedding ceremony. God Himself gave the first bride away. God Himself, in the Garden of Eden, sanctified the first home!

Not only do Christians have a biblical responsibility to defend marriage, but the battle over the definition of marriage is the core institutional battle of our time. Marriage is the fundamental building block for all of human civilization. The lifelong, faithful union of husband and wife promotes healthy, natural families for the common good today and for future generations. As believers we will always have the responsibility to stand up for God’s truth, and not simply ignore the changing values of the culture around us.

We must not be afraid to stand up for the truth. Yes, there will be those that will oppose us, even dislike or even hate us. But sometimes salt stings and even burns, but it always heals and always preserves. Light in the midst of darkness can at times cause discomfort. But it always illuminates, and always gives clarity to things that may be confusing otherwise. We must be willing to stand up. As we stand up, we must always do so in love, not anger or hate. Finally, we must exercise our right to vote, and our freedom as citizens in this great country to influence others to support this critical amendment.

The definition of marriage in the Bible could not be clearer. There are no shades of gray, or any room for misunderstanding. After God made the woman, Eve, and brought her to the man, Adam, Genesis 2:24 states, “Therefore shall a man leave his father and his mother, and shall cleave unto his wife: and they shall be one flesh.” There are simply no shades of gray with regard to this.

Christians are called to defend the Truth of God’s Word, whether it’s the subject of marriage, taxation or anything else. Romans 3:4 says, “God forbid: yea, let God be true, but every man a liar; as it is written, That thou mightest be justified in thy sayings, and mightest overcome when thou art judged.” As Christians, we are to agree with God on every issue. We understand that there are no neutral zones. As Christians, we need to pray, fast, rally, organize and work. But most importantly we need to vote and understand the significance of the times in which we live! Mordecai said to Esther: “…who knoweth whether thou art come to the Kingdom for such a time as this.” (Esther 4:14) With the upcoming vote in the May primary over the Marriage Protection Amendment, I believe that this is our time to make our voices heard in a definitive way by standing up for marriage, the God of the Bible’s First Institution!

The dangers of redefining marriage are numerous. First of all, we are saying to the maker of the institution of marriage, “We are smarter than you,” or “LORD, let us help you out.” God didn’t need our assistance when He created the sun, moon, stars, planet or, in fact, the whole Universe. He didn’t seek our opinion, nor did He need our input. In fact, when He made us, He didn’t seek our counsel. Isaiah 45:9-10 says, “Woe unto him that striveth with his Maker! Let the potsherd strive with the potsherds of the earth. Shall the clay say to him that fashioneth it, What makest thou? or thy work, He hath no hands?” “Woe unto him that saith unto his father, What begettest thou? or to the woman, What hast thou brought forth?”

When it comes to the Institution of Marriage, God doesn’t need our help. Once marriage has been redefined, marriage has been destroyed. There is no room for a new definition. If it is no longer a union or a covenant between one man (born male) and one woman (born female), then it is no longer a marriage. The Institution of Marriage needs to be honored, celebrated and supported as it is. I believe that God got it right!

The Most Reverend Michael F. Burbidge

The Most Reverend Peter J. Jugis

Our Lord and our Catholic faith have clearly defined marriage. It is at risk of being redefined if we do not preserve it in our state Constitution. Without this, a judge can declare our present statute defining traditional marriage as unconstitutional, opening the door to same-sex marriage in North Carolina as judges have done in Massachusetts, Iowa and Connecticut.

The Most Reverend Salvatore J. Cordileone

Roman Catholic Diocese of Oakland Chairman, USCCB Subcommittee for the Promotion and Defense of Marriage

Marriage is a comprehensive union of man and woman, a total, permanent, faithful, and fruitful sharing of lives between husband and wife. This union is a great and unique good in itself, and is critical for the common good. There are fundamental reasons why sexual difference and the complementarity between man and woman have always been considered essential to the meaning of marriage.

The connection between sexual difference and procreation is obvious and unique. The public status of marriage owes its origin and existence to the natural capacity of man and woman to bring children into the world. …The unitive and procreative realities at stake cannot be ignored. They are not mere cultural constructs that can be discarded at will, with little or no social cost. Instead, they flow directly from the immutable nature of the human person, and so our society ignores them at great peril. By contrast, where these human realities are respected, the benefits to society are unparalleled.

[C]hanging the institution of marriage by making it indifferent to the absence of one sex or the other denies that children have the fundamental human right to be cared by both their mother and father. Such revision transforms marriage from a childcentered to an adult-centered status to the detriment of children.