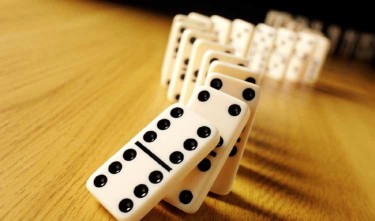 Homosexual activists like Sgro are feeling pretty confident these days about their efforts to force the redefinition of marriage on the citizens of this State—and for good reason. Along with their legal and political allies, they have successfully launched an all-out war on marriage in North Carolina. Their in-your-face attack on marriage is being waged on every front—from staged attempts to convince local elected officials to illegally issue marriage licenses to same-sex couples, to a recent public protest in Raleigh of the state’s tax policy.

Ultimately, though, marriage redefinition proponents are pinning their hopes on the federal courts, where three lawsuits challenging the constitutionality of North Carolina’s marriage laws are pending. Two of the lawsuits are part of a concerted national effort to use the U.S. Supreme Court’s June 2013 ruling in U.S. v. Windsor, which struck down Section 3 of the federal Defense of Marriage Act (DOMA), to overturn the state laws of 30 states where marriage is still defined as one man and one woman. Although the Windsor decision recognized the historic right of states to define and regulate marriage, marriage redefinition proponents have used it to attack state marriage laws through the courts. Since Windsor was handed down, over 60 lawsuits challenging state marriage laws have been filed in state and federal courts in 31 states or territories, including North Carolina. Additionally, federal judges have issued rulings favorable to marriage redefinition in 11 states (Utah, Oklahoma, Virginia, Texas, Michigan, Kentucky, Ohio, Tennessee, Idaho, Illinois, and Indiana), although most of these rulings are on hold, pending appeal.

The following is a brief overview of the three lawsuits challenging North Carolina’s marriage protection laws, and a look at where North Carolina fits in the broader national battle for marriage.

The original Fisher-Borne lawsuit sought to legalize so-called “second-parent” adoption in North Carolina, which would allow a same-sex individual to become the legal parent of their homosexual partner’s child. The amended lawsuit adds a challenge to the state’s marriage statutes that define marriage as the union of one man and one woman and prohibit recognition of out-of-state same-sex “marriages.” It also seeks to overturn the Marriage Protection Amendment (MPA) that was adopted by 61 percent of North Carolina voters in May 2012.

On April 9, 2014, the ACLU and two private law firms filed a second lawsuit challenging North Carolina’s marriage laws in federal district court, but this time they tried a new tactic aimed at getting the court to issue an immediate ruling in the case due to the “life-threatening medical issues” of the same-sex couples involved in the lawsuit. Marriage redefinition proponents have used a similar tactic in other states, most recently in Indiana.

The Gerber lawsuit asks the federal district court to: declare North Carolina’s Marriage Protection Amendment and marriage statutes unconstitutional; force the State to immediately recognize three homosexual couples’ out-of-state same-sex unions, in part, because “one member of each couple” in the case has a serious medical condition; and force North Carolina to allow second-parent adoption by the same-sex partner of a child’s legal parent.

General Synod of the United Church of Christ vs. Cooper

On April 28, 2014, marriage redefinition proponents attempted to open “a new front” in the war on marriage by filing a third federal lawsuit challenging North Carolina’s marriage protection laws on the grounds that they violate the “religious freedom” of clergy that wish to perform same-sex “marriages.” The new lawsuit, filed in the Western District of North Carolina in Charlotte, is reportedly the first in the nation to use First Amendment religious freedom claims to challenge a state marriage law in addition to using Equal Protection and Due Process Claims. Plaintiffs in the lawsuit include the General Synod of the United Church of Christ (UCC), several clergy from liberal churches in North Carolina, including the UCC, and several same-sex couples. 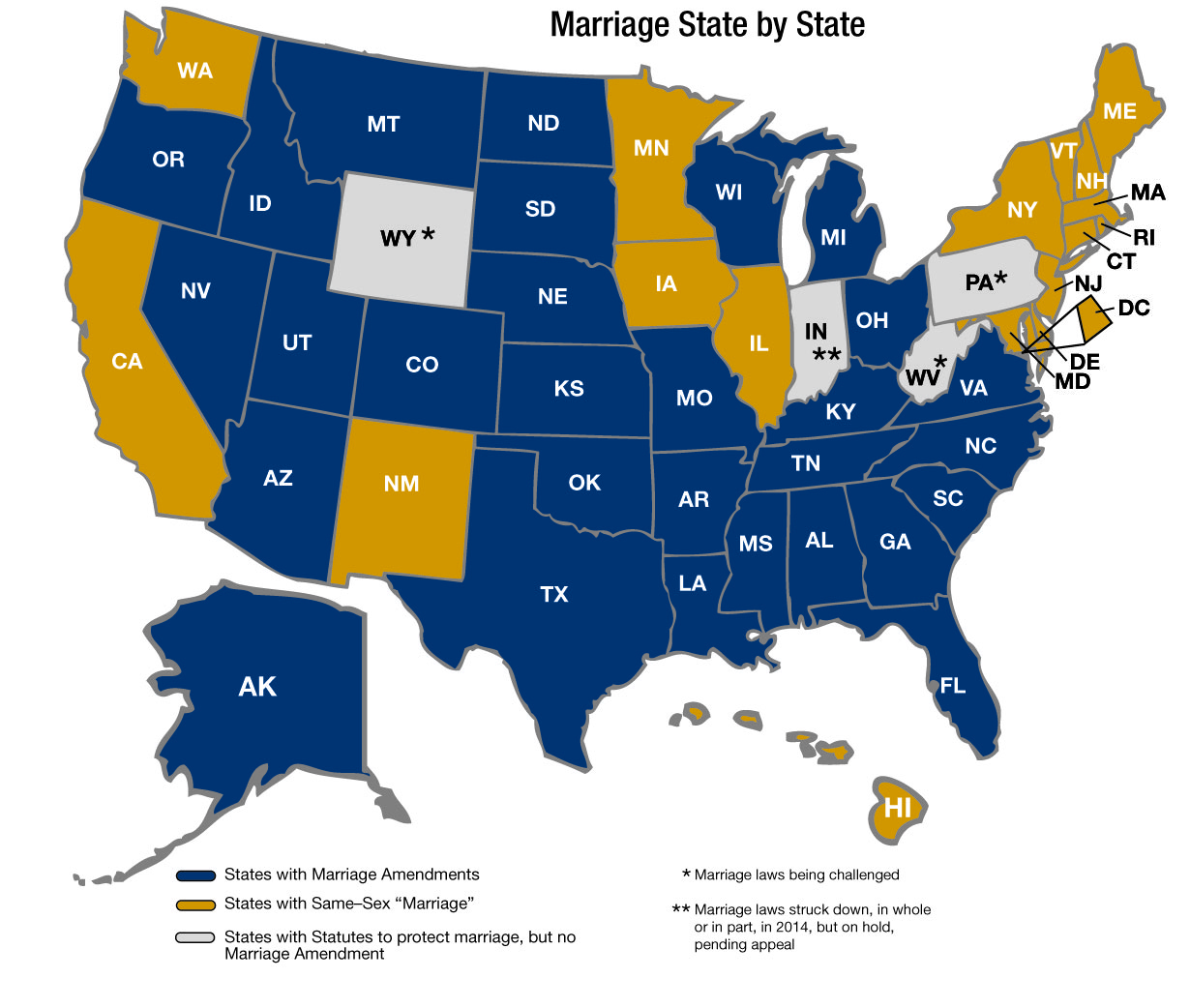 North Carolina was among the first states to be targeted with a marriage redefinition lawsuit immediately following the Windsor ruling. At the time, the ACLU described its actions in North Carolina as part of its “post-DOMA, post-Prop 8 [California’s marriage amendment, which was struck down] plan for winning the freedom to marry nationwide.” That plan is aimed at ensuring that a lawsuit dealing with the constitutionality of a state marriage protection law ends up before the U.S. Supreme Court in the next few years. With a total of nine marriage lawsuits currently before federal appeals courts in the Fourth, Fifth, Sixth, Ninth, and Tenth Circuits, it is almost certain that the Supreme Court will consider a marriage redefinition lawsuit in the near future.

So where does North Carolina fit into the big picture of the national battle over marriage, and how vulnerable are the state’s marriage laws to redefinition by the courts? There are two areas of vulnerability for North Carolina that make it a key target in the effort to redefine marriage: the current Attorney General who favors marriage redefinition, and North Carolina’s inclusion in the Fourth Circuit.

The Defense. North Carolina’s marriage protection laws are being defended by Attorney General Cooper, who served as the keynote speaker at a major fundraiser for Equality NC in November 2013. Although Mr. Cooper is not shy about publicly voicing his personal support for redefining marriage, he has continuously stated that he intends to do his duty to defend the State’s statutes and Constitution. Even so, his public statements against the Marriage Protection Amendment, and his involvement with groups that are seeking to have it overturned, have caused understandable concern among state leaders, who fear that he could follow in the footsteps of the attorneys general of several other states, who have refused to defend their state marriage laws because they personally support redefining marriage. 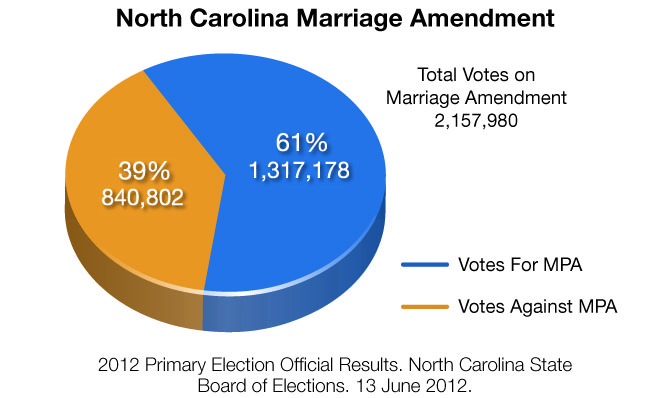 To try to avoid this scenario, in December 2013, President Pro Tempore of the N.C. Senate Phil Berger (R–Rockingham) and Speaker of the N.C. House Thom Tillis (R–Mecklenburg) announced their decision to hire outside legal counsel to advise them on how Attorney General Cooper is handling the defense of North Carolina’s marriage laws. Although the leaders of the General Assembly have not jointly intervened as defendants in the lawsuit— which they have the right to do under legislation enacted in 2013—an attorney with Alliance Defending Freedom (ADF) is providing pro-bono legal services to legislative leaders about the marriage lawsuits.

All Eyes on the Supreme Court

Regardless of how the Fourth Circuit rules in the Virginia case, legal experts on both sides estimate that the constitutionality of state marriage protection laws will reach the U.S. Supreme Court within the next two to three years. For traditional marriage supporters, the hope is that the Court will not allow activists to continue to misuse Windsor to force the redefinition of marriage on the nation via the courts. Instead, the high court should reinforce its own acknowledgement of the right of the states to define and regulate marriage, and respect the people’s right to debate and decide how marriage will be defined.

In its opening brief filed with the Fourth Circuit on behalf of a Prince William County clerk of court in Bostic v. Schaefer, ADF argued: “that States have the right to define marriage for themselves, that States may differ in their marriage laws concerning which couples are permitted to marry, and that federalism demands deference to state marriage policies.” The ADF brief went on to explain that, “Virginians (no less than citizens in States that have chosen to redefine marriage) have the right to define marriage for their community,” and “[a]ny other outcome would contravene Windsor by federalizing a definition of marriage, and overriding the policy decisions of States (like Virginia) that have chosen to maintain the man-woman marriage institution.”

As the 60-plus marriage redefinition lawsuits continue their march toward the U.S. Supreme Court, attorney Kellie Fiedorek, who serves on ADF’s marriage litigation team, advises traditional marriage supporters to stay engaged in the battle. “We will ultimately win because the effort to redefine marriage is contrary to human flourishing, to the welfare of our children and to our children’s children, and to the truth about men and women,” Fiedorek said recently on the N.C. Family Policy Council’s weekly radio program, Family Policy Matters. “I would just encourage folks to… live lives that testify to the beauty of marriage, [and] get engaged in your community… encourage your pastors to speak out and talk about why marriage is important—witness to the truth about marriage!”