Battle for NC’s Opportunity Scholarships Not Over, Despite Injunction 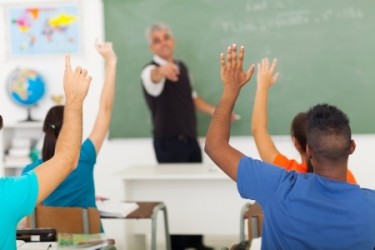 A superior court judge’s ruling yesterday that halted North Carolina’s new Opportunity Scholarship program, leaving in limbo nearly 2,000 low-income students who were awarded scholarships for private schools, will be immediately appealed by the State and school choice proponents. In an order issued August 21, Superior Court Judge Robert Hobgood ruled that North Carolina’s Opportunity Scholarship program is unconstitutional, and permanently enjoined the State from dispersing any funds for the scholarship grants, despite the fact that scholarship grants have already been awarded to nearly 2,000 students for this school year through a random-selection lottery.

The Opportunity Scholarship Program, which was enacted by the General Assembly in 2013, provides scholarship grants of up to $4,200 per eligible child to pay for tuition and fees at participating private schools beginning in the 2014-15 school year. This year, the General Assembly allocated an additional $840,000 for the program. Over 5,000 students applied for the scholarships, and 300 private schools have registered for the program, which is being challenged legally by the North Carolina Association of Educators and the North Carolina School Boards Association. In February, Judge Hobgood issued an injunction that temporarily halted the Opportunity Scholarship program, but the State Supreme Court granted a stay of his injunction in May, allowing the program to proceed and scholarships to be awarded to students.

Earlier this week, Judge Hobgood heard arguments on the merits of the case from attorneys on both sides. “It appears to this court that the General Assembly is seeking to push at-risk students from low-income families into non-public schools in order to avoid the cost of providing them a sound, basic education in public schools as mandated by the Leandro decision,” Judge Hobgood’s ruling states in part. “The General Assembly fails the children of North Carolina when they are sent with public, taxpayer money to private schools that have no legal obligation to teach them anything.” In addition to permanently enjoining the program, Judge Hobgood refused to stay his ruling, which would have allowed the program to continue during the appeals process.

Judge Hobgood’s ruling is not the end of the story for the Opportunity Scholarship program, which is being defended on several fronts, including by the Attorney General’s office. According to WRAL, the Attorney General’s office plans to appeal the ruling, and State Department of Justice spokesperson, Noelle Talley said in an email that, “Our attorneys believe that this is a constitutional issue that must be decided by the appellate courts.”

Additionally, the Institute for Justice, which is defending the program on behalf of two low-income parents in North Carolina, announced that it would “immediately appeal the decision and ask the North Carolina Court of Appeals to allow the program to operate while the case works its way through the courts.”

In the meantime, questions remain over the nearly 2,000 scholarships that have been awarded to low-income students in North Carolina, since the school year has already started at some private schools that accepted children who were awarded scholarship grants. In a statement, Rep. Paul “Skip” Stam (R-Wake) advised, “If I were a parent whose child had been allocated a scholarship, I would send my child to school next week and tell her to study hard. If I were a school that had admitted these students, I would welcome them with open arms expecting payment a bit later.”