ALERT: Fayetteville City Council Needs to Hear From You! 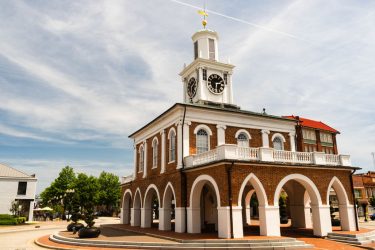 NC Family has recently learned that the Fayetteville City Council is planning to vote on a proposal Monday night that would add “sexual orientation” and “gender identity” as protected classifications to the city’s Human Relations Commission ordinance. This is the type of ordinance that has been used in states across the nation to attack florists, bakers, photographers, printers, and other small business owners—like Barronelle Stutzman and Jack Phillips—as well as Christian adoption and foster care agencies, who are simply seeking to live out their faith in the public square.

The Fayetteville City Council (listed below) needs to hear from you!

The proposed ordinance change also stands in direct contradiction to House Bill 142, which states that, “No local government in this State may enact or amend an ordinance regulating private employment practices or regulating public accommodations.” As you may recall, HB 142 was the bill that “replaced” North Carolina’s HB2 in March 2017.

The Fayetteville proposal would expand the authority of the Director of the city’s Human Relations Commission “to receive, investigate and seek and adjust for and with the human relations commission, complaints or charges of discrimination within the city, based on race, color, religion, national origin, ancestry, sex, disability, age, sexual orientation, gender identity and veteran status.” (The proposed additional ordinance language is in bold italics.) One of the relevant duties of the Director most specific to HB 142 is to: “Arrange and activate institutes, educational and consultation conferences with employers, labor organizations, employment agencies, housing industry, managers of places of public accommodations, educational, religious, civic and community organizations to seek understanding and implementation of the civil rights laws and foster good will within the city.”

Especially if you live in and around the Fayetteville area, we urge you to contact the following city council members and staff to express your opposition to the proposal. Thank you!