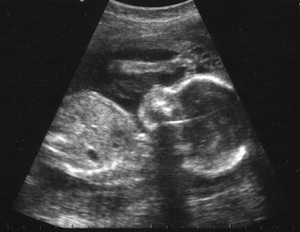 Congressional leaders are taking action to protect life, and they need your help!  Rep. Kevin McCarthy (R-CA), the U.S. House Majority Leader, announced Tuesday that he plans to bring H.R. 36—Pain-Capable Unborn Child Protection Act to the floor of the U.S. House of Representatives on Tuesday, October 3. This important bill would place a nationwide ban on late-term abortions of babies after 20 weeks of fertilization, a point at which unborn babies feel pain.

TAKE ACTION: Please join NC Family as we urge our Federal lawmakers to pass this vitally important bill that will save countless lives! You can easily send an email to your US House member urging them to vote for this bill by going to the NC Family Action Center.

“The Pain Capable Unborn Child Protection Act will protect the voiceless, the vulnerable, and the marginalized,” said Rep. McCarthy in a press conference on Tuesday.  “It will protect those children who science has proven can feel pain, and give them a chance to grow and live full and happy lives. We have an obligation to speak and defend for those who can’t speak for themselves.”

The U.S. House of Representatives passed a previous version of this bill in 2015 by a vote of 242-184, but it failed to pass in the U.S. Senate. If the bill can pass through both chambers of Congress, it is expected that President Donald Trump would sign the bill into law. In a letter to pro-life leaders during the campaign, President Trump committed to “signing into law the Pain-Capable Unborn Child Protection Act, which would end painful later-term abortions nationwide.”

Please TAKE ACTION NOW to protect the voiceless and most vulnerable among us. Also, please forward this message to friends, family, and neighbors and encourage them to contact their U.S. House member as well.

Click here to go to the NC Family Action Center.